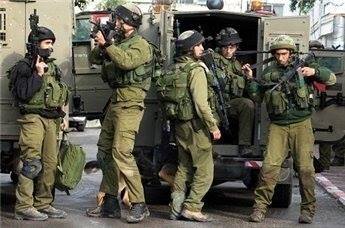 The soldiers also invaded the towns of Sa’ir, Taffouh and Halhoul, and installed several roadblocks on main entrances of a number of villages and towns in Hebron, before stopping and searching dozens of cars, and interrogated many Palestinians while inspecting their ID cards.