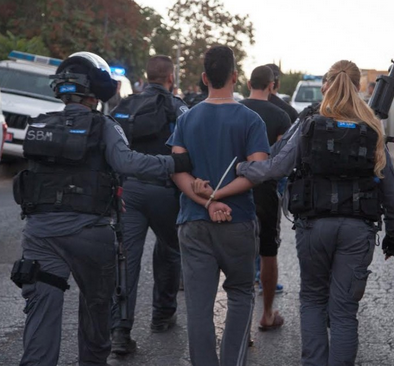 At least eight Palestinians, including two 11 years of age children, have been kidnapped, on Thursday at dawn and on Wednesday at night, during Israeli military invasions into Palestinian homes, in different parts of occupied East Jerusalem.The Wadi Hilweh Information Center in Silwan (Silwanic), said the soldiers have kidnapped Mohammad Nadi Hashlamoun and Ziad Ayyoub Abu Hadwan, from their homes in Ras al-‘Amoud neighborhood, and took them to the al-Maskobiyya interrogation center, west of Jerusalem.

It added that this is the ninth abduction and detention of al-Hashlamoun in the last two years.

The soldiers also invaded Abu Dis town, southeast of Jerusalem, and kidnapped Mohammad Ziad Abu Hilal, after breaking into his home and searching it.

The soldiers also summoned a young man, identified as Mahmoud Jaffal, for interrogation in the Ma’ale Adumim colony, near al-‘Ezariyya town.

On Wednesday at night, the soldiers kidnapped Mohammad Halayqa, near the main entrance of Jerusalem’s al-‘Isawiyya town, and released him several hours later.

The soldiers also kidnapped two children, identified as Azzam Ahmad al-Abbassi, 11, and Adnan Ahmad Sa’id al-Abbassi, 11, from Silwan town, and invaded a bakery before kidnapping its owner and one of the workers.

On Thursday at dawn, the soldiers kidnapped three Palestinians Tulkarem, and two in Bethlehem.

On Thursday morning, eight Palestinians, including two children and a teacher, were injured, after Israeli soldiers invaded Qabatia town, south of the northern West Bank city of Jenin, and kidnapped two Palestinians.