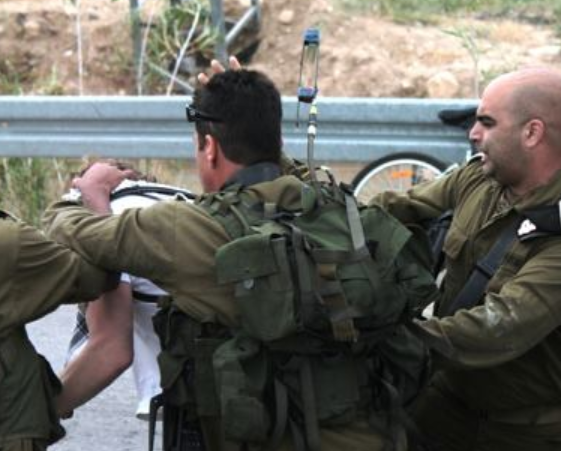 Medical sources have reported that eight Palestinians, including two children and a teacher, were injured, Thursday, after Israeli soldiers invaded Qabatia town, south of the northern West Bank city of Jenin. The army also kidnapped two Palestinians.The Jenin office of the Red Crescent has reported that eight Palestinians, including two children, were shot with live Israeli army rounds, in the lower parts of their bodies, after the soldiers clashed with several local youths.

It is worth mentioning that the invasion into Qabatia was carried out after dozens of military vehicles surrounded it.

The soldiers then invaded the town, and kidnapped two Palestinians, identified as Mohammad Mofeed Tubasi, 28, and Mohammad Tawfiq Nazzal, 30.

The soldiers also installed roadblocks near on the Jenin-Nablus road, and near the towns of ‘Arraba and Marka.

On Thursday at dawn, the soldiers kidnapped three Palestinians Tulkarem, and two in Bethlehem.

It is worth mentioning that the Israeli army said it arrested 19 Palestinians, overnight, in different parts of the West Bank, and located an M-16 rifle in Tulkarem.

The army said it arrested two Palestinians in Nour Shams refugee camp in Hebron, two in Tulkarem, one of Beta town south of Nablus, one in al-Biereh city in the Ramallah district, one in Abu Dis east of Jerusalem, one in Bethlehem and four in the Rashayda town, east of the city.

On Wednesday at night, one Palestinian was injured in the face with a live Israeli army bullet, and was moved to a hospital suffering a moderate wound.