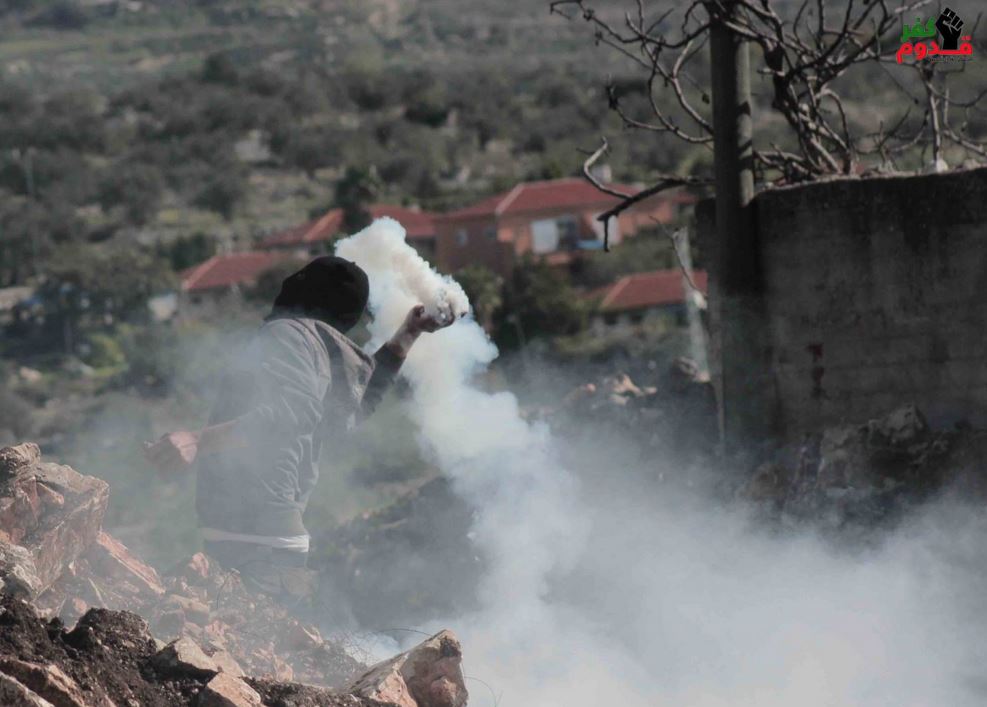 Israeli soldiers attacked Friday, the weekly protest in Kafr Qaddoum village, in the northern West Bank district of Qalqilia, causing scores of residents to suffer the effects of tear gas inhalation. At least 46 Palestinians injured, and 198 suffered the effects of tear gas inhalation, in Qalqilia city.Local sources in Kafr Qaddoum said the soldiers attacked the weekly protest, after surrounding the entire town, and fired dozens of gas bombs on them.

Clashes took place between the soldiers and local youths, after the army invaded the town; the soldiers fired live rounds, rubber-coated metal bullets and gas bombs.

The residents in Kafr Qaddoum have been protesting the closure of the village’s main road, with an Iron Gate, after the soldiers closed it to enable easy and faster access for the Israeli settlers driving to and from kedumim illegal colony, built on lands illegally confiscated from the villagers. The road was closed by the army approximately 14 years ago.

In addition, dozens of soldiers invaded the Naqqar neighborhood, in Qalqilia city, and clashed with local youths, who hurled stones on the military vehicles.

The army fired rubber-coated metal bullets, and gas bombs; two Palestinians were shot with live rounds, and 44 with rubber-coated steel bullets, while 198 received treatment for the effects of tear gas inhalation.