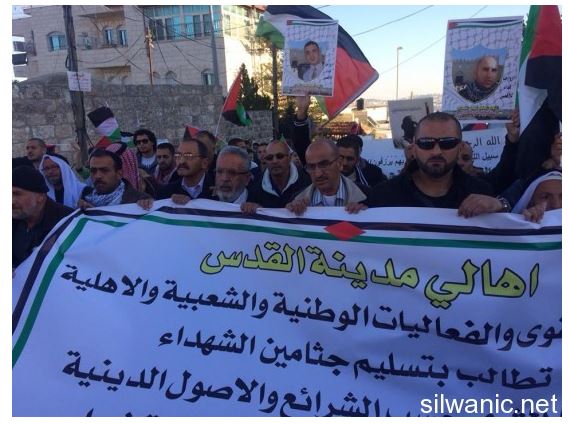 Palestinian medical sources in occupied Jerusalem have reported, Friday, that Israeli soldiers shot and injured seven Palestinians, while dozens suffered the effects of tear gas inhalation, in Jabal al-Mokabber town, in the city. The army also kidnapped one child in Silwan, and handed five demolition orders of residential and commercial structures.The soldiers used excessive force against dozens of Palestinians, holding a nonviolent protest, demanding the Israeli authorities to transfer the bodies of Palestinians, who were killed by the military, back to their families for proper burial ceremonies.

The protesters marched carrying Palestinian flags and pictures of the slain Palestinians, and chanted against the ongoing illegal Israeli occupation of Palestine, and the escalating violations against the Palestinians, their property and lands.

The soldiers fired several gas bombs and rubber-coated steel bullets when the protesters reached the Schools Neighborhood in the town.

Medical sources said seven Palestinians were shot with rubber-coated steel bullets, and many others suffered the effects of tear gas inhalation.

The Palestinians in Jerusalem are demanding Israel to transfer the remains of more than 40 slain Palestinians, 14 of them from Jerusalem, and the rest are from different parts of the occupied territories.

The protesters said that, by holding the bodies of the slain Palestinians, Israel is practicing a criminal act in direct violation of International Law, and all related conventions, especially since such punitive measures are collective punishment, adding that the ongoing violations will only push the Palestinians to remain steadfast in their country.

In addition, soldiers and personnel of the Jerusalem City Council, invaded Silwan town, south of the Al-Aqsa Mosque in Jerusalem, and delivered demolition orders targeted five commercial and residential structures.

On Friday evening, the soldiers kidnapped a child, identified as Mohammad Sufian al-Atrash, 15, after repeatedly beating and kicking him, in the Central Neighborhood in Silwan.

The soldiers, and military police, also installed a roadblock in Ein al-Louza neighborhood, stopped and searched dozens of cars, and ticketed several drivers. 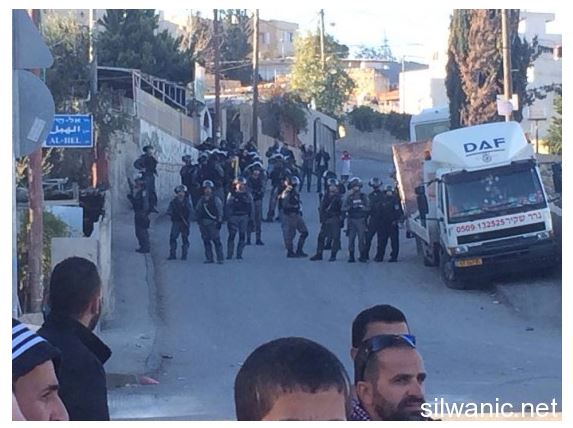 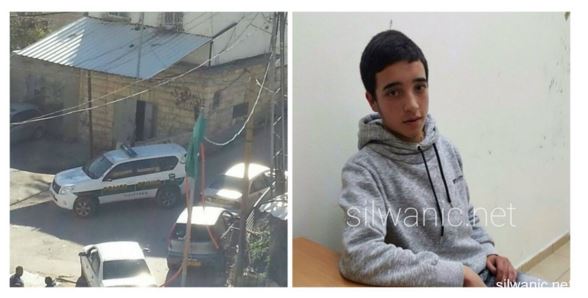