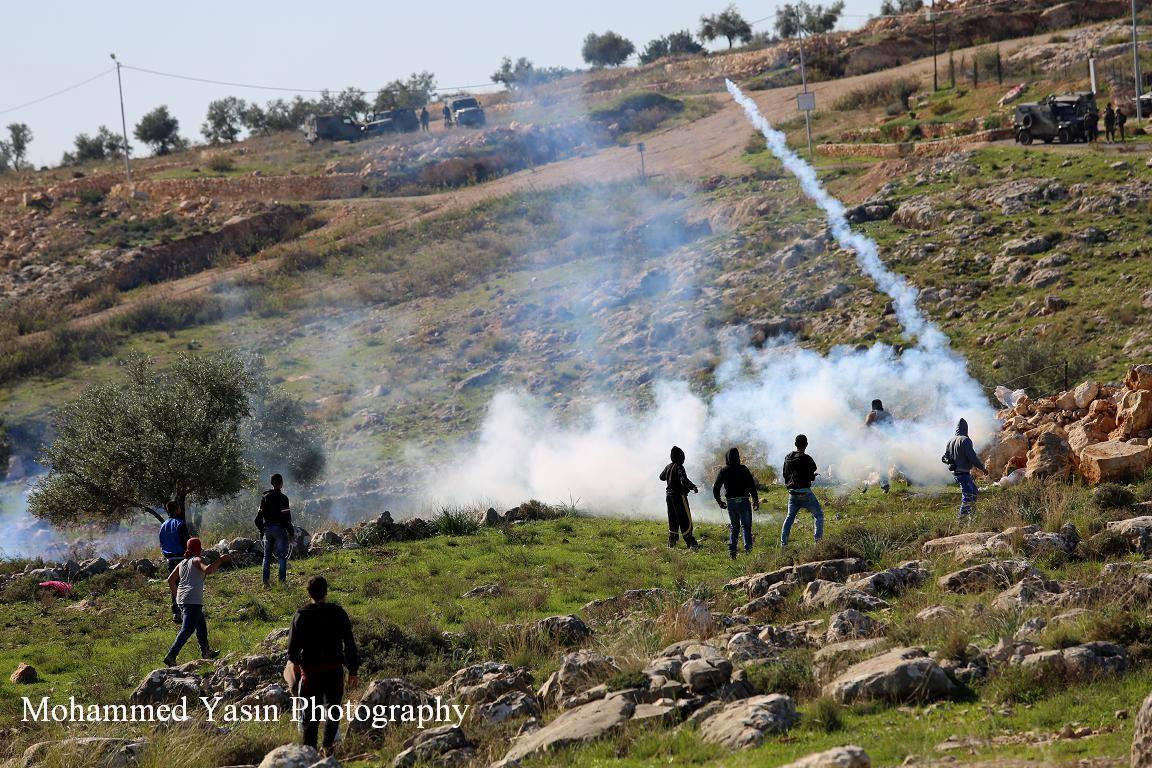 Israeli soldiers attacked, Friday, the weekly nonviolent protest against the Wall and Settlements, in Bil’in village, in the central West Bank district of Ramallah, wounding four, including one who suffered a head injury.Medical sources said the soldiers shot one Palestinian with a sponge-tipped bullet in the head, before medics moved him to the Palestine Medical Center for treatment.

Another Palestinian was shot in his arm, one in his back and one was shot in the leg; medics provided them with the needed treatment without the need to move them to hospital. Many protesters suffered the effects of tear gas inhalation.

The protesters, accompanied by Israeli and international peace activists, marched from the center of the village, heading to Palestinian orchards, before the soldiers fired rubber-coated steel bullets, sponge-tipped bullets and dozens of gas bombs that also targeted many homes.

The army ambushed the protesters by hiding in behind Palestinian olive trees, after they marched from the village chanting for national unity, steadfastness, ongoing resistance against the illegal Israeli occupation and the release of all political prisoners.