Army Injures A Palestinian Child In Hebron, Kidnaps Two In Nablus and Jenin 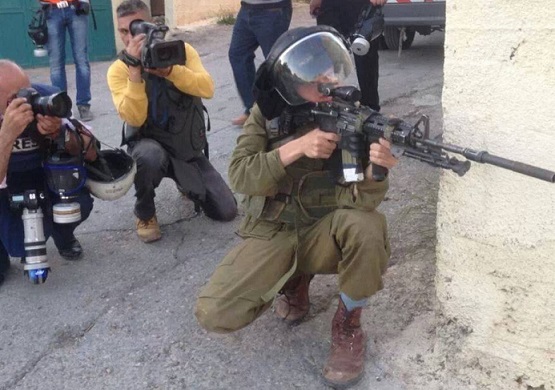 One child, 15 years of age, was shot with a live round in his neck, and suffered a moderate injury; he was moved to surgery in the al-Ahli hospital in Hebron city.

Another Palestinian, identified as Mahmoud Mohammad, 22, from the northern West Bank city of Nablus, was taken prisoner on the Huwwara Israeli military roadblock.

In related news, clashes took place near the northern entrance of Bethlehem city, and in the Aida refugee camp.
In Bethlehem city, the soldiers invaded the area of Bilal Bin Rabah Mosque, and clashed with local youths; no injuries were reported.

The army also invaded the al-Moftah area, at the eastern entrance of ‘Aida refugee camp, in Bethlehem, and fired gas bombs.