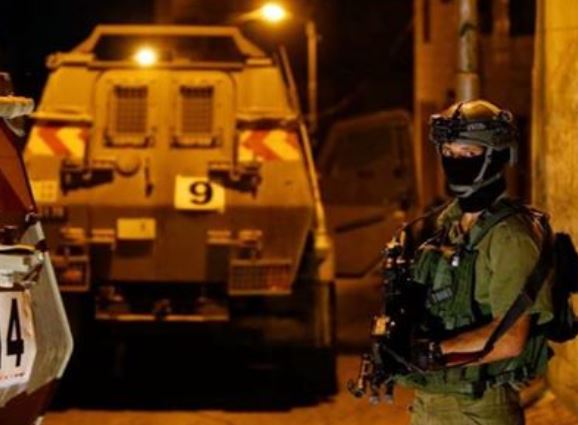 The army invaded their homes after smashing the front doors, and ransacked the properties causing excessive damage.

The soldiers invaded the al-‘Obeyyat area, east of the city, and kidnapped Ala’ Awad Mohammad ‘Obeyyat, 24, and his brother Malek, 20, after searching their family home.

Their father said the soldiers stole 25.000 Jordanian dinars and gold worth close to 5000 dinars, from the property, and added that, besides Mohammad and Malek, he has two other sons imprisoned by Israel.

On Saturday evening, the soldiers kidnapped Jihad Issa Taqatqa, 18, from Beit Fajjar town, south of Bethlehem, as he was walking near the Ibrahimi mosque, in the southern West Bank city of Hebron.

In related news, shots were fired on an Israeli military jeep, near the Entael colony, built on Palestinian lands south of Hebron.

The army reported no injuries, and said the soldiers conducted searches in the area and installed a roadblock on the main road of Sammoa’ nearby town.