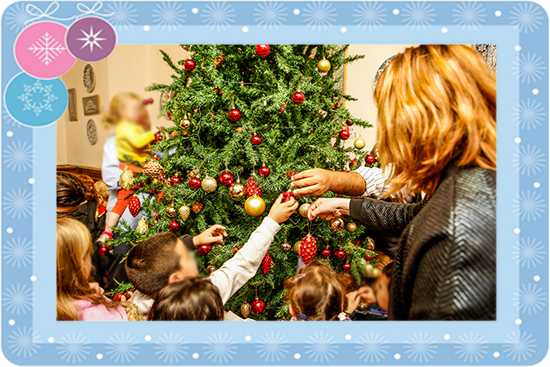 The right-wing Jewish group ‘Lehava’ held a protest outside of the YMCA in Jerusalem, shouting at Palestinian Christian children and families as they were entering and leaving the annual Christmas-tree decoration party.Lehava is a group that calls for the expulsion of the indigenous Palestinian population from their homes in what is now Israel, in Jerusalem and in the West Bank. At a protest last year outside of a business that had some Palestinian employees, the group chanted “Stop hiring Arabs,” “stop dating our women” and “employing Arabs equals Assimilation.”

The group, whose name in Hebrew stands for the ‘Organization for the Prevention of Assimilation in the Holy Land’, has also disrupted weddings between Palestinians and Israeli Jews, and handed out fliers saying they are trying to ‘save the daughters of Israel’ by preventing them from dating or marrying Arab men.

A 2011 investigation by the Israeli newspaper Ha’aretz found that around half of the annual budget of the controversial Lehava organization was funded directly by the Israeli government.

The leader of the group, Benzi Gopstein, was reportedly present at the YMCA protest on Friday. Gopstein is on the record voicing support for Pinhas Aburamed, an Israeli man who murdered a Palestinian who he thought was trying to flirt with a Jewish girl. Gopstein said that Aburamed is a hero and should receive a medal.

The event that the right-wing Jewish Lehava group chose to protest was a family event described on the YMCA’s website as ‘A festive evening in the YMCA lobby decorating the Christmas tree, singing
carols and enjoying holiday treats.’

The protesters shouted anti-Palestinian and anti-Christian slogans at the children who came to decorate the Christmas tree, including, “The Arabs won’t defeat us with knifes, and the Christians won’t buy us with presents,” and “Jews want a hanukkiah [menorah], not a fir tree’, according to Israel National News.

Around 1% of the population of Israel, the West Bank and Gaza is Christian. The percentage had been higher before the Israeli military occupation and theft of Palestinian land began. The emigration of Palestinian Christians to other countries increased significantly after the Oslo Accords were signed in 1993 and Israeli settlement expansion increased exponentially.

Many Palestinian Christians in Bethlehem, Jerusalem and Nazareth can trace their ancestry back to early Christians who have remained continuously on the land where Christians believe that Jesus was born, died and resurrected.