Settler, His Wife, Injured Near Tulkarem; The Wounded Man Was Involved In Past Terrorist Attacks 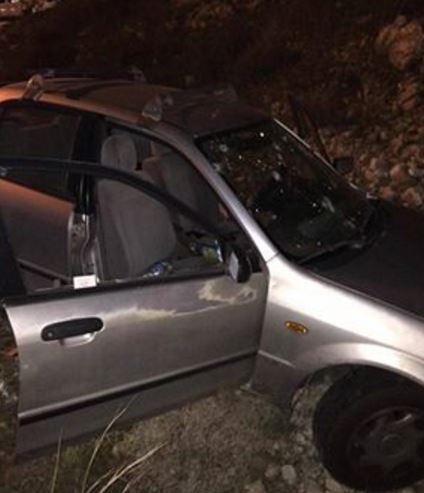 Israeli sources have reported, Wednesday, that two settlers were injured in a shooting incident, near the northern West Bank city of Tulkarem. The army said the shooters sped towards Tulkarem, and that one of the wounded suffered a serious injury. The wounded man was a member of a terrorist group behind bombings targeting Palestinians, killing and wounded many. Israeli Ynet News said one settler, 60, suffered a moderate-to-serious injury, while the second, a woman, 60 years of age, suffered a mild injury.

The shooting, carried out from a speeding vehicle, took place near Avnie Hefetz illegal colony, built on Palestinian lands in the northern West Bank.

The Ynet added that army forensic experts discovered that 23 live rounds were fired at the Israeli car.

The Israeli army initiated an extensive search campaign in the area, and installed many roadblocks.

Palestinian sources in Tulkarem said undercover Israeli soldiers infiltrated into an area into the city, before several military vehicles invaded it.

It is worth mentioning that the wounded Israeli man, Shaul Nir, was involved in terrorist attacks against the Palestinians, including the 1983 shooting and hand grenade attack targeting the Islamic University in Hebron, leading to the deaths of three Palestinians and the injury of 33 others.

An Israeli court sentenced him, and his accomplices, to life in prison, but the then Israeli President Chaim Herzog ordered his release in 1990; he only served seven years for his deadly terrorist attack.

Also on Wednesday, Israeli soldiers killed a young Palestinian man, identified as Yosri Zakariyya Miswada, 21, in the southern West Bank city of Hebron, after an alleged stabbing attack targeting a soldier and a settler.

His cousin Ehab Fathi Miswada was killed, near the Ibrahimi Mosque, Monday.