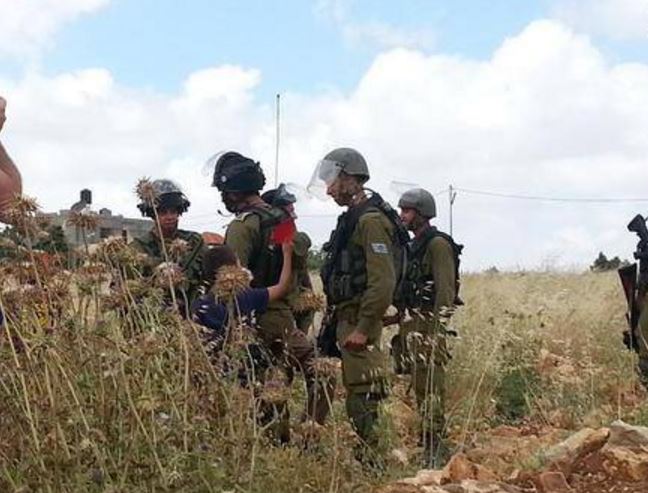 Israeli soldiers attacked, Friday, the nonviolent protest against the Annexation Wall and settlements, in Nabi Saleh village, near the central West Bank city of Ramallah, wounding several protesters. The army also invaded ‘Aboud nearby village, and injured two Palestinians. The media office of the Popular Resistance Committee in Nabi Saleh said the protest marks the sixth anniversary of the popular weekly protests in the village, and the fourth anniversary of the death of Mustafa Tamimi, who was killed by the Israeli army.

The residents, accompanied by Israeli and international peace activists, marched from the center of the village towards its main entrance.

‘Aboud has been closed by the military for the second week, following the death of Abdul-Rahim Wajeeh al-Barghouthi, 27, who is also a citizen of the United States of America, where he lives with his family.

Also on Friday, the soldiers shot and injured 22 Palestinians near the western entrance of Silwad town, east of the central West Bank city of Ramallah; seven of the wounded were shot with ‘Toto’ live rounds; one of them suffered a serious injury.