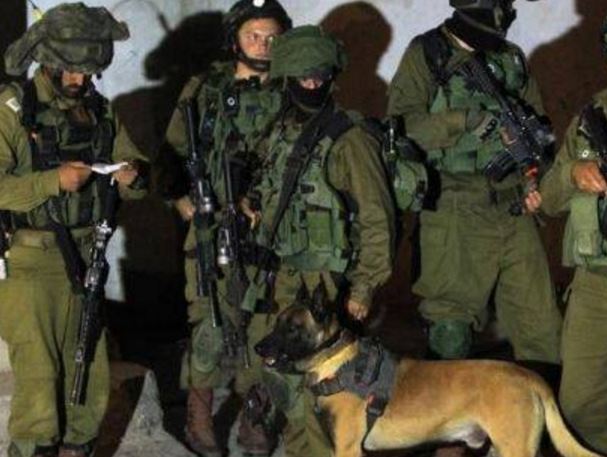 Dozens of Israeli soldiers invaded, on Tuesday at dawn, the southern West Bank city of Hebron, and several nearby towns, searched and ransacked many homes, and kidnapped four Palestinians, including a former political prisoner.Media sources in Hebron said the soldiers invaded the family home of former political prisoner, Mohammad Rahim Abu Shamsiyya, 20, and kidnapped him.

In addition, the army invaded Beit Ummar town, north of Hebron, kidnapped Mohammad Yousef Awad, 20, after searching and ransacking his family’s home, and confiscated two mobile phones from the property.

The army also invaded the town of Sammoa’, south of Hebron, and kidnapped Mohammad Yosri al-Hawamda, 40, after searching his home.

In related news, the soldiers invaded the home of a wounded Palestinian detainee, identified as Mos’ab Eghneimat, in Surif town, northwest of Hebron, and searched it.

The soldiers also installed roadblocks on the main entrances of Sa’ir, Halhoul, and ath-Thaheriyya towns, and Hebron’s northern road, stopped and searched dozens of cars, and inspected the ID cards of the passengers while interrogating many of them.

Many Palestinian areas in Hebron, including the main entrance of the al-Fawwar refugee camp and Doura town, remained blockaded with iron gates.

Also on Tuesday at dawn, the soldiers kidnapped four Palestinians in Ramallah and one in Bethlehem.