Army Kidnaps Four Palestinians In Ramallah, One In Beit Jala 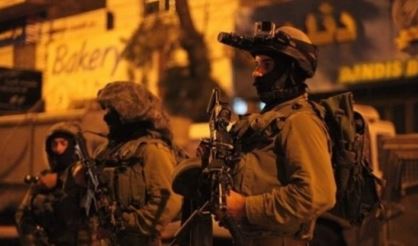 Israeli soldiers invaded, on Tuesday at dawn, the town of Silwad, east of the central West Bank city of Ramallah, and kidnapped four Palestinians, including the father of Anas Hammad, who was killed by army fire on Friday, December 4. The soldiers also invaded Beit Jala, and kidnapped one resident.Several military vehicles invaded the town, before breaking into and searching a number of homes, and kidnapped former political prisoner Bassam Hammad, 49, the father of Anas Hammad, who was shot dead on December 4, after the army claimed he rammed soldiers with his car.

On Monday evening, the soldiers invaded Silwad and searched homes, in addition to confiscating electric equipment worth 3500 Shekels, from a car after stopping it on a military roadblock installed at the western entrance of the town.

The soldiers also invaded, on Tuesday at dawn, Beit Jala city, in the West Bank district of Bethlehem, searched homes and kidnapped Ali Taha Allan, 30, from his home in the al-Jadayel area.