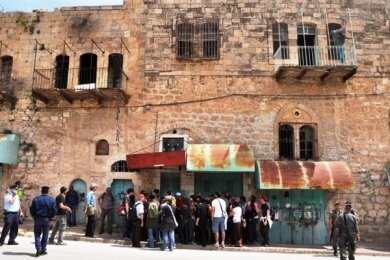 Israeli Defense Minister Moshe Ya’alon said, on Tuesday, that he had banned Israeli veteran group Breaking the Silence from participating in any official activities with Israeli forces, Israeli media reported.Ya’alon’s statement was made on social media, where he called the left-wing veteran group hypocrites spreading ‘false propaganda’ against Israeli forces and the state of Israel in attempt to ‘delegitimize’ them, according to Ma’an.

Breaking the Silence responded to the comment on social media, saying that the group has been under attack for the past several months, ‘through a pre-meditated campaign, in which members of the extreme right-wing, including Israeli parliamentarians and elected officials, along with public figures and right-wing organizations, are trying to silence both us and every debate related to the 48-year-long occupation.’

Breaking the Silence is an organization comprised of Israeli veterans who served in combat ‘and have taken it upon themselves to expose the Israeli public to the reality of everyday life in the Occupied Territor(y).’

The group produces videos, collects testimonies and gives lectures — mostly within Israel, but sometimes abroad — on war crimes committed by Israeli leadership through its military since 1967.

The heated debate follows the brief detainment of an Israeli soldier as he entered the UK, last week, for alleged war crimes committed against Palestinians during Israel’s 2014 Gaza offensive.

Pro-Palestinian groups across the world have collected names of those involved in the 50-day offensive, which resulted in the death of over 2,100 Palestinians in Gaza, most of whom were civilians, as well as 64 Israeli soldiers and six Israeli civilians. The names were reported to various international justice systems as war criminals under international law.

Following the offensive, international groups such as the United Nations and Amnesty International conducted investigations into the campaign dubbed ‘Operation Protective Edge’ and found that the Israeli military and Palestinian militant groups were both responsible for war crimes.

Following the UK’s detainment of the soldier, who has not been identified, Israel’s Defense Ministry and leaders within the Israeli forces contacted the UK government and arranged his release.

Earlier this month, right-wing Knesset members from the Likud party proposed a bill that would limit foreign-backed NGOs from working within Israel. The purpose of the bill is reportedly an attempt to curb the influence of left-wing NGOs on Israeli policy and public opinion, both domestically and abroad.

The proposal is one of several bills which have been criticized by Israeli rights’ groups such as Breaking the Silence, B’Tselem and Peace Now.