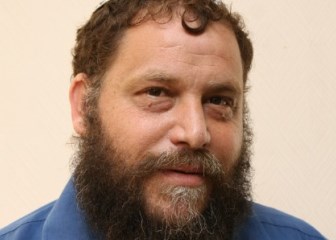 The leader of the right-wing group Lehava, which calls for the expulsion of non-Jews from Israel, has issued a statement that Christians, like Muslims, should be violently removed from the Holy Land.
Benzi Gopstein, in his statement, called for a ban on Christmas in the Holy Land, and said that the Christian Church is the deadly enemy of the Jewish people, and has been for hundreds of years.

In the article, published on a Haredi website in Israel, stated, “Christmas has no place in the Holy Land. Let us remove the vampires before they once again drink our blood.”

This is not the first time that Gopstein has engaged in incitement and threatening speech. But so far, the Israeli Prosecutors office has declined to pursue any charges of incitement against the extremist leader.

He was briefly arrested last year after the ‘Hand in Hand’ peace school in Jerusalem was burned by members of his group, but was soon released by the Israeli police.

His Facebook page at the time was full of posts showing doctored photos of Palestinian legislators hanging from nooses, and numerous racist slanders.

Two weeks ago in Jerusalem, ‘Lehava’ held a protest outside of the YMCA in Jerusalem, shouting at Palestinian Christian children and families as they were entering and leaving the annual Christmas-tree decoration party.

The group frequently protests against ‘mixed marriages’ between Jews and people of other religions.

In November, Gopstein was invited to speak before the Israeli Knesset, where he was cheered by right-wing legislators.