Abbas: Palestinian State Passports to be Issued in 2016 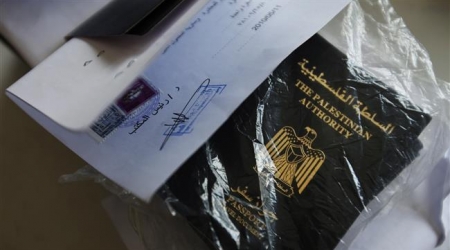 PA President Mahmoud Abbas says that his government is set to change the name it uses on passports from ‘Palestinian Authority’ to ‘State of Palestine’.Following a Monday meeting with Greek Prime Minister Alexis Tsipras in Athens, the Palestinian leader said that it would most likely take one year or “even less” for the plan to be enacted.

“We have already changed all documents issued by ministries and public services and they now bear the name State of Palestine. We no longer accept from anybody to use the name ‘Palestinian Authority,’” Abbas said, according to Press TV/Al Ray.

The Greek parliament held a voting session, Tuesday, on the recognition of an independent Palestinian state. Abbas also took part in the session.

The Greek premier also traveled to the occupied Palestinian territories in November, where he met with Abbas and Israeli Prime Minister Benjamin Netanyahu.

During the past months, other European legislatures, including those of the UK, France, Spain, Ireland, Belgium and Portugal, have recognized the Palestinian state. In December of 2014, the European Parliament also overwhelmingly backed the recognition of a Palestinian state “in principle.”

In late September, Palestine’s flag was hoisted for the first time at the UN headquarters in New York. Abbas then took to the podium there to call for the universal recognition of ‘the state of Palestine.’