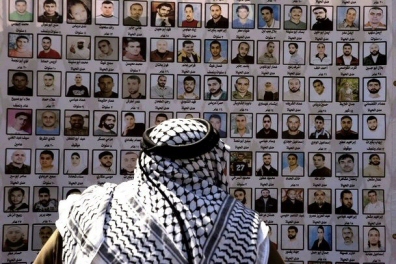 A Jordanian prisoner in Israeli custody ended a 47-day hunger strike on Sunday, reaching an agreement with the Israeli Prison Service.Prisoner Abdullah Abu Jaber went on hunger strike on Nov. 11 demanding that Israel allow him to see out the remaining five years of his 20-year sentence in Jordanian custody.

He was imprisoned in December 2000 after he was convicted of detonating an explosive device in a bus in Tel Aviv.

Hanan al-Khatib, a lawyer for the Palestinian Authority Committee for Prisoners’ Affairs, said Abu Jaber had ended the hunger strike but she did not provide details of the agreement reached with Israel’s prison service.

She said that Abu Jaber was receiving medical treatment at the Ramla prison clinic.

Last week, the prisoner was moved to a civilian hospital after his health deteriorated, and the Israel authorities threatened to force-feed him if he continued his hunger strike.

Israel’s parliament approved the use of force-feeding over the summer, sparking outcry from rights groups and medical experts.

The law ‘will be used only if a doctor determines that the continued hunger strike will create an immediate risk to the life of a prisoner or long-term damage to his health,’ David Amsalem of the ruling Likud party said at the time.

The Israeli Medical Association quickly branded the law as ‘tantamount to torture.’
On Thursday last week 25 Palestinian prisoners in Etzion jail launched a hunger strike to protest violations carried out by the Israeli Prison Service.

A lawyer for the Palestinian Prisoners’ Society, Jacqueline Fararj, told Ma’an News Agency that she had documented numerous violations against Palestinians held in the jail, including physical assault and poor living conditions.