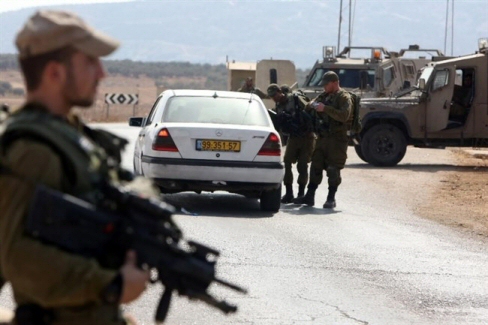 A Palestinian was shot dead after a suspected vehicular attack near the Huwwara military checkpoint, in the northern occupied West Bank district of Nablus, Israel’s army said.An army spokesperson said that an assailant ran his car into Israeli forces who were stationed on highway 60 near the Huwwara checkpoint for security purposes.

The forces opened fire on the man, killing him on scene, they said.

The Palestinian was identified as Hassan Ali Hassan Bozor, aged 22, from the town of Arraba, east of Jenin, according to Ma’an.

One soldier was moderately wounded in the suspected attack and was taken to Beilinson Hospital in Petah Tikva.

A Palestinian man who was shot and injured by Israeli forces in the central occupied West Bank district of Ramallah, earlier this month, succumbed to his wounds on Thursday, the Palestinian Ministry of Health said.

Shadi al-Ghabeesh was released from Ramallah’s Palestine Medical complex on Dec. 13, after having recovered from being shot by Israeli forces during clashes in al-Jalazone refugee camp on Dec. 4.

Doctors said he was released in a stable condition.

Due to what is believed to have been complications from the bullet injury, al-Ghabeesh fell ill on Friday, his family said. By the time medics reached the family home to treat al-Ghabeesh he had already passed and medics pronounced him dead.

Al-Ghabeesh’s body was taken to Palestine Medical Complex for an autopsy and the Palestinian police are investigating the incident.

Amid violence that escalated in the occupied Palestinian territory in October, and continued through December, Senior UN official Miroslav Jenca said, earlier this month, that attempts to reduce violence must not rely entirely on “enhanced security measures,” but “must also address the primary elements motivating Palestinian anger.”

“The injustices associated with an occupation which shows no prospect of ending feed into a perspective — particularly among the youth — that they have nothing to lose by sacrificing their lives,” the UN official said during an address to the UN Security Council.

Israeli authorities meanwhile have launched a crackdown in response to the escalation, promoting a “shoot-to-kill” policy against Palestinians as well as a series of harsh measures throughout the occupied territory that rights groups have termed collective punishment.