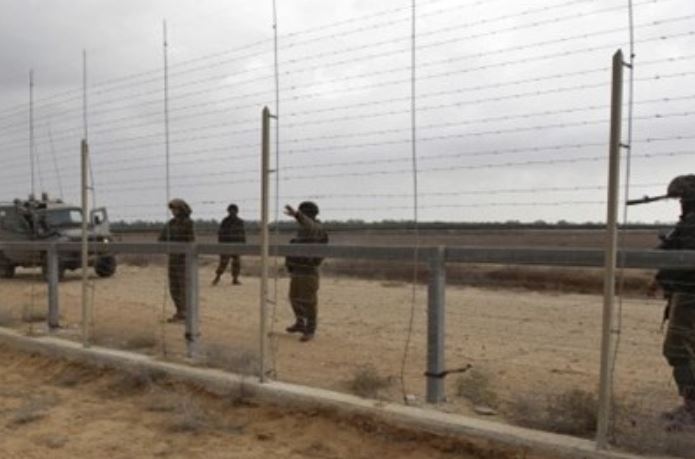 Israeli soldiers shot and moderately injured, on Friday evening, two young Palestinian men, east of Jabalia refugee camp, in the northern part of the Gaza Strip.Medical sources said the two Palestinians were shot in their legs, and were moved to the Kamal Adwan Hospital, in northern Gaza.

Dozens of Palestinians protested near the border fence, in northern Gaza, before the army fired live rounds, rubber-coated steel bullets and gas bombs. The youngsters hurled stones and empty bottles on the soldiers, stationed behind the border fence.

On Friday at night, the Israeli Air Force fired missiles into a Qassam Brigades center, causing damage; no casualties reported.

According to Israeli reports, several shells were fired from Gaza, on Friday evening, hitting open areas in Sderot and Sha’ar HaNegev.

The Israeli army said four shells were fired from Gaza, and that two of them did not make it across the border fence, and two landed in open areas in Sderot and Sha’ar HaNegev.