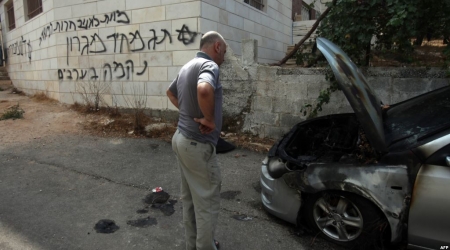 An Israeli settler damaged the wall of a family’s home in Al-Khalidia neighborhood, Old City Jerusalem, creating wide gaps throughout it.The Abu Sab family explained, according to Al Ray, that when they returned back home, in the early evening, they were surprised to find gaps in the wall of the children’s room. The gaps were apparently caused by a settler who took over the property of the Al-Qisi family, adjacent to their home, last month.

About six holes were found in the wall of the children’s room, and made with hand tools. The family called the police, who came and asked the settler to repair the damage, without taking any legal action.

Settlement societies continue to try and take over the home permanently, under the pretext of their ownership of it prior to 1948.