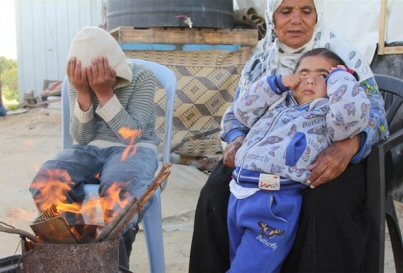 He also said that the amount allowed into Gaza is only 15 per cent of the daily need during normal times; however, the current consumption is far more than the 300 tons, due to the cold weather of winter.

Gaza stations across the Gaza Strip are full of empty gas containers, as they are unable to fulfill the needs of the consumers.

People have started using coal and wood fire for cooking and other tasks, in order to keep life going on.

Days of Palestine notes that Israeli authorities have been stealing Palestinian gas off the Mediterranean coast, using it and selling it to the world.

In addition, it imposes restrictions on Palestinians in Gaza, with regard to obtaining gas from the huge reserves.

Every year, the Israeli occupation cuts cooking gas supplies for Gaza residents during the most extreme cold waves, which tend to begin at the end of December.