Democracy: ‘Disastrous for the Jewish People’ 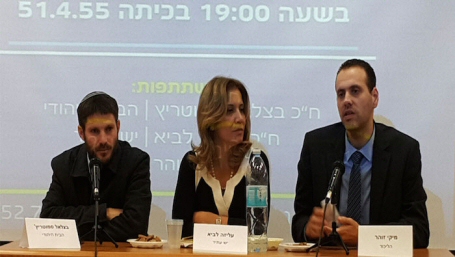 On Wednesday, the Israeli parliament will discuss the ‘law of the Sabbath,’ a new law that aims to ban all trade on the Sabbath.The Sabbath is a holy day in Judaism during which agricultural, industrial and commercial activities are prohibited.

The bill was proposed by Likud MK, Miky Zohar, and adopted by the Council of Ministers. It seeks to ban businesses opening on Saturdays without special permission from the Economy Minister. Violating the ban would be considered ‘an injustice against citizens.’ Business owners will be able to file a claim against franchise operators who force businesses to open on the day of rest.

For Zohar, the law is not about religious coercion, but the defense of ‘social rights and the Jewish character of Israel.

‘To be a Jew it is necessary that your mother is a Jew. But, a nation that wants to endure must have a tradition, a way and principles,’ Zohar said in an interview with the Israeli newspaper, The Marker.

‘If you lose your tradition, your way and your principles, you will end up becoming something else,’ he continued, adding, ‘if Israel is a democratic state, the existence of this nation would be in danger.’

The Likud legislator made it clear that he not only opposes a democratic project, but also sees the ideas of the Enlightenment as disastrous for the Jewish people.

‘We are still paying the price for adhering to the ideas of the Enlightenment,’ he explained, stressing that ‘if we give up the Jewish idea our children will be living in a democratic country.’

‘I say: Israel could easily transform into a democratic country within a few decades and this would jeopardize the existence of the Jewish people.’

‘I will continue fighting for the existence of the Jewish people,’ Zohar concluded.

Zohar was elected to the Israeli parliament in the March 2015 elections. He previously served as president of basketball club Maccabi Kiryat Gat.