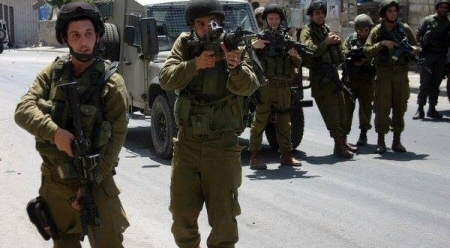 On Friday morning, Israeli forces closed all entrances leading to Sa’ir town, north of Hebron, before declaring it a closed military zone.The four Palestinian youths were killed by Israeli soldiers, Thursday evening, after claims that they attempted to stab Israeli soldiers at the Gush Etzion junction, were all from Seir city.

According to the Palestinian Information Center (PIC), local sources in Sa’ir affirmed that all main entrances to the town were closed this Friday morning, while a military checkpoint was erected north of the town.

Three of the youth targeted were killed at the Gush Etzion junction, and were later on identified as cousins Ahmad Salim Abd al-Majid Kawazba, Alaa Abed Muhammad Kawazba and Muhannad Ziyad Kawazba.

Thursday’s deaths brought the number of Palestinians killed by either Israeli soldiers or settlers, since the beginning of October 2015, to nearly 150.

The circumstances of several Palestinian deaths have been disputed, with investigations by rights groups into a number of cases concluding that Israeli forces were implementing extrajudicial executions against Palestinians who posed no threat at the time of their death.