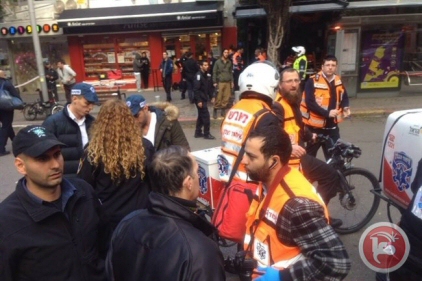 Israeli police, on Friday, opened fire on Nashat Melhem, suspected of carrying out a deadly shooting in Tel Aviv, last week, in a gun battle in his hometown of Arara, northern Israel.Israeli police spokesperson Luba Samri said that they had tracked Melhem down in a building in Arara, ‘using all legally available resources and methods.’

She said that he left the building ‘shooting at forces, who responded by opening fire, resulting in his death at the scene.’ She added that no Israeli forces were injured during gunfire exchange.

Israeli’s Channel 2 reported, according to Ma’an, that the building Melhem took refuge in was a mosque in Arara.

Melhem is believed to have been responsible for a shooting in Tel Aviv, on Jan. 1, that killed two Israelis and injured seven. He fled the scene after the attack, allegedly killing a Palestinian with Israeli citizenship during his escape, and sparked a massive manhunt across Israel and the occupied Palestinian territory.