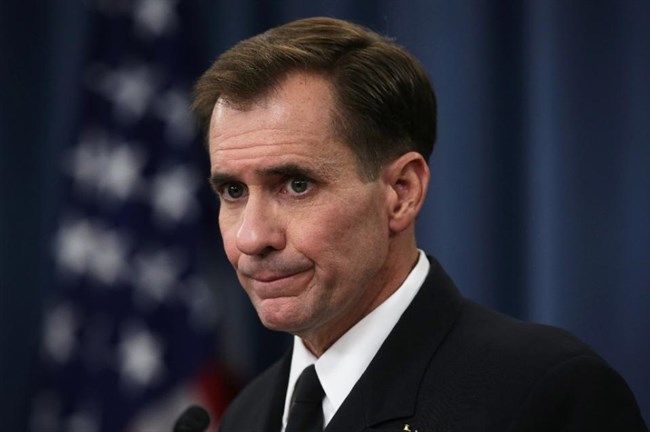 The United States came down, Friday, on a decision by Israeli Defense Minister Moshe Ya’alon to incorporate a southern West Bank church compound into the illegal Gush Etzion settlement bloc.Spokesman for the US State Department John Kirby said during a press briefing that the US was “deeply concerned” about Ya’alon’s move, which “effectively creates a new settlement on 10 acres” of occupied West Bank land.

“Along with the regular retroactive legalization of unauthorized outposts and construction of infrastructure in remote settlements, actions such as this decision clearly undermine the possibility of a two-state solution,” Kirby said.

Kirby reiterated that the US views settlement activity as “illegitimate and counterproductive to the cause of peace.’

“Continued settlement activity and expansion raises honest questions about Israel’s long-term intentions and will only make achieving a two-state solution that much more difficult,” Kirby continued.

The church compound, known as Beit al-Baraka, is situated on 38-dunams (9.3 acres) of Palestinian land in the Hebron district.

An investigative report by Israeli daily Haaretz in May alleged that American millionaire Irving Moskowitz purchased Beit al-Baraka through a Swedish company years prior with the intention of turning it into a settlement outpost.

A pastor who headed the church that previously owned the compound thought it had been sold to a Swedish company, Scandinavian Seamen Holy Land Enterprises, that would revive its use as a church.
It was later revealed that the company had been established in 2007 and used to cover up the sale and transfer of Beit al-Baraka.

The Swedish company registered the purchase with the Israeli Civil Administration in 2012 before handing over ownership to an American nonprofit organization that is funded by Moskowitz and works towards the eventual ‘Judaization’ of occupied East Jerusalem.

The takeover brought ongoing demonstrations in front of the compound by local Palestinians, often with Palestinian political and religious leaders in attendance.

According to Ma’an, tshere are more than 500,000 Israelis living in illegal settlements across occupied East Jerusalem and the West Bank, making an independent and contiguous Palestinian state impossible.

While US leadership has repeatedly condemned Israeli settlement expansion, such condemnations have historically done little to curb their growth.