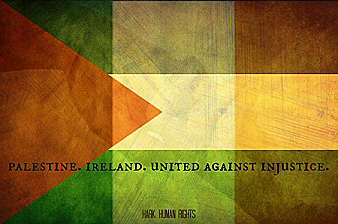 A report released today by Ireland’s largest multinational corporation, CRH, confirmed that the global cement giant has divested from its 25% stake in the Israeli cement market. The company has been a focus of a sustained campaign calling for such a divestment from the Ireland-Palestine Solidarity Campaign (IPSC) and other groups for over a decade, due to role its Israeli subsidiary Nesher Cement plays in supplying materials for the building of Israel’s illegal separation wall, checkpoints and settlements.

In the report CRH stated that it had “completed 13 divestments in 2015, the largest of which was the disposal of CRH’s 25% equity stake in its Israeli operation.”

That 25% stake was held in the Mashav group, the holding company for Nesher Cement, the sole producer of cement in Israel. Nesher is involved in the building of the separation wall in the West Bank which annexes Palestinian land to Israel, and has been declared illegal by the International Court of Justice. Nesher’s actions support and sustain the ongoing Israeli military occupation of Palestinian land. Nesher Cement is also used in the construction of illegal colonial settlements in the occupied territories, checkpoints that impede travel and commerce for Palestinians, and more than 700 kilometres of Israeli-only roads in the West Bank (See the Who Profits? website for details of Nesher’s involvement).

“This divestment is just the latest in a number of high profile victories for the global Palestinian-led Boycott, Divestment and Sanctions (BDS) movement. In August last year the French multinational Veolia, which the IPSC also campaigned on, pulled out of its Israel operations which included operating a tram service to illegal settlements. Earlier this month, the communications giant Orange dumped its Israeli affiliate, which had backed the Israeli assault on Gaza in 2014 and ‘adopted’ a military unit. ‘Brand Israel’, it seems, is becoming increasingly toxic and it appears that international companies are eventually learning that it doesn’t pay to do business with the Apartheid state,” Mr. O’Quigley concluded.