Israeli Excavations Force Family To Leave Their Home In Silwan 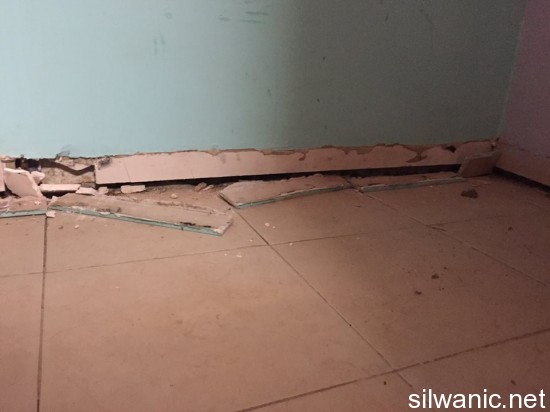 The ongoing Israeli excavations under Palestinian homes in Wadi Hilweh, in Silwan town, south of the Al-Aqsa Mosque in occupied Jerusalem, forced a Palestinian family to leave their home after it became unsafe due to the excavations.Um Mahmoud Siyam said that she and her family, with the help of relatives, have been forced to move out of their home and remove all of their furniture and belongings, after the property became completely unsafe due to the cracks in its walls and foundation resulting from the Israeli excavations underground.

‘We sleep in fear, wake up in fear, that our property could collapse at any given moment,’ she said, ‘We had to disconnect the electricity in fear of fires.’

She also stated that the walls in the kitchen, bathroom and one of the bedrooms are starting to collapse, in addition to the cracks in the floor and water flooding the property, as Israel continues to illegally dig and carry out excavations in the area.

‘The is our family home, I live here with my two sons,’ Siyam said, ‘The cracks started appearing last month, but have significantly increased due to the rain; we appealed to various organizations, and filed complaints, but were never listened to.’

Many Palestinian homes and buildings in Wadi Hilweh have been impacted by the ongoing Israeli excavations, with clear and dangerous cracks appearing in the walls and ground, rendering them unsafe and endangering the lives of dozens of Palestinians, who largely have no other alternatives, or financial resources.

Palestinian officials in occupied Jerusalem said the excavations, and the ongoing illegal Israeli policies of home demolitions and the removal of the indigenous Palestinians from many homes and residential and commercial buildings in the occupied city to replace them with Jewish settlers, are part of the illegal attempts to fully control the holy city.