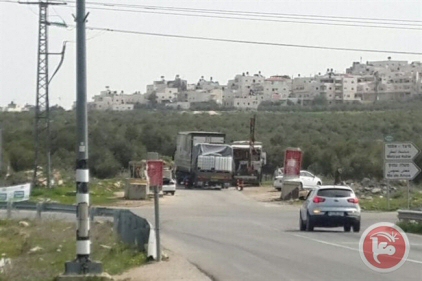 Israeli forces have been leveling private Palestinian land south of the occupied West Bank town of Bethlehem, in preparation to build a military tower in the area, residents said.A resident of the village of Tuqu, Issa Froukh, told Ma’an News Agency that Israeli excavators have leveled 2.5 dunams (0.6 acres) of land since Wednesday, covering the area with cement.

Froukh said that the forces plan to build a military tower on the privately owned land, adding that Israeli authorities uprooted olive trees in the area about twelve years earlier.

An Israeli army spokesperson was not immediately available for comment.

Last month, Israeli forces razed Palestinian lands in the Wadi Sair area, of the neighboring district of Hebron, also with the intention of constructing a new military tower.

Local activist Ahmad Halayqa said, at the time, that the tower would inhibit Palestinian movement in the area and would be located near the Asfar Israeli settlement, which was also built on Sair village land.

Since a wave of unrest spread across the occupied Palestinian territory in October, Israeli authorities have implemented flying checkpoints and road closures around Palestinian towns and villages, severely restricting movement.

The increased restrictions came in addition to the already-existing Israeli military infrastructure across the occupied area, where over 100 permanent military checkpoints are stationed, as well as temporary flying checkpoints which can number in the hundreds.