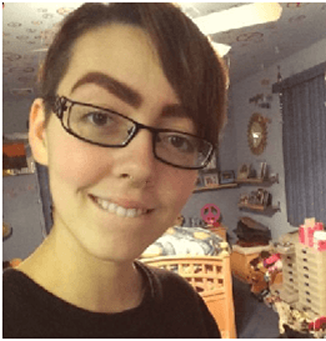 Bethany Koval, a Fair Lawn High School student, has found herself in the center of a national discussion involving free speech rights and the Israeli-Palestinian conflict, after school administrators questioned her about her posts on social media and warned that she could be in trouble under the state’s anti-bullying law.Koval, also known as Benny, who identifies herself as an Israeli Jew, was reportedly called to the principal’s office, Wednesday, after a fellow student complained about comments she made on Twitter. The post involved criticism of Israel’s treatment of Palestinians and cheered that a pro-Israel student stopped following her on Twitter. She then tweeted, in detail, about the incident that followed.

“Principal just called me down. I’m about to be exposed for being anti-Israel. Pray for me.” (@bendykoval)

According to North Jersey News Agency, Benny was called into a meeting with three administrators, where the principal showed her a printout of her tweets about Israel. The tweets, she said, were not directed at any student.

“Her name was never mentioned,” she wrote in a message to the New York times on Wednesday night. “I never degraded her. They use ‘bullying’ as a guise to cover their pro-Israel, pro-censorship agenda.”

Reportedly, school officials said their actions had nothing to do with censorship or politics. They said they were only following rules under the state’s anti-bullying law that requires them to investigate students’ allegations of harassment, intimidation or bullying. Experts, though, say the school didn’t have to take such strong action and has some discretion in deciding which cases warrant investigation.

“We stress, at the outset, that at no time have district officials sought to censor or reprimand any pupils for their online speech,” said Superintendent Bruce Watson in a statement addressing the incident.

He added: “The investigation is focused solely on the factors we are required to apply by law and not upon any political opinions expressed by pupils.”

During the meeting with school administrators, Koval recorded — apparently without the school’s knowledge — an assistant principal asked her:

“Do you realize what you put out electronically could get you in trouble?” and referenced the state law against bullying.

Koval posted parts of the recordings on her Twitter feed, which since have been made private.

On Friday, Benny continued to draw wide support online, as people viewed the incident as an attempt to stifle free speech and criticism of Israel. With nearly 7,500 followers on twitter, thousands of people supported her online, some using the hashtag #IStandWithBenny. Many also called and emailed the school to complain.

But, one video, reportedly made by the cyber-hacking group Anonymous, did cause some concern, he said. Anonymous is, in several cases, known for supporting Palestine, including Operation Israel, a coordinated cyber attack. In the video, they command school officials to apologize publicly and not take legal action against Koval.

“If you fail to meet these simple requests for one who has done no wrong, committed no crime, only exercised her constitutionally protected right to free speech, it will be you who suffers in the end,” the group said.

From across the U.S., people have been weighing in about the Fair Lawn High School incident, while various media outlets have been covering her story. The issue hit a nerve, it seemed, because of the heated and emotional debate that surrounds the Palestinian-Israeli conflict.