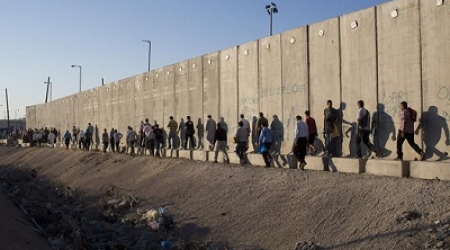 Palestinians and Israelis alike have become increasingly convinced that the two-state solution is no longer an option due to Israel’s policies which continue to see settlements built across the occupied West Bank, including East Jerusalem. The latter is supposed to be the capital of the Palestinian state to be established on the 1967 borders.It is important to consider that the two-state solution was never really a serious option in any case in the minds of Israel’s leadership and public. All that was proposed was a Palestinian Authority with limited security and economic responsibilities in the West Bank and Gaza Strip. This was planned in order to divest Israel of its legal and moral responsibilities to provide the Palestinians with healthcare, education and other basic necessities as the occupying power. Instead, Israel wanted to occupy and maintain full control, especially the area known as Area C which covers around two-thirds of the West Bank, without having to bear the full cost of the occupation. It also wanted to maintain its control over border crossings, Jerusalem, the airspace, the water sources and other Palestinian resources.

In this context, the statements made by US President Barack Obama a few weeks ago to Benjamin Netanyahu, that it is no longer possible to return to negotiations between the Palestinians and Israelis during what remains of his presidential term, could be understood as Washington abandoning the political process in the Middle East. It has reached an impasse and failed.

The statements made by several US officials and analysts concur with this; the two-state solution has ended, not only as an Israeli option, but also as an international option. A few days ago, former US Secretary of State Henry Kissinger said that the establishment of a Palestinians state is no longer a valid matter and is not beneficial, rather it is harmful in light of the fragmentation of Arab countries that have been established for decades and centuries as well as Daesh’s control of areas within such countries. This matches Israel’s claim that the two-state solution is out of the question in case the Palestinian state falls into the hands of Daesh and other extremist movements.

It is also being mooted that if the two-state solution is dead in the water then the “one state, two nationalities” option may be viable. US Secretary of State John Kerry talked about this recently at the Saban Forum, which could be seen as an admission of the failure of the US efforts towards the two-state solution while simultaneously trying to scare Israel about the one-state solution and provoke optimism amongst the Palestinians. This is important, not least because some Israelis and Palestinians see this as the ideal solution, as it would allow the return of Palestinian refugees to historic Palestine, from the river to the sea, albeit sharing the land with Israel. For some Israelis this would be the realisation of at least part of Greater (“Eretz”) Israel with Palestinian, Arab and Muslim approval.

Israel has thwarted the two-state solution because it conflicts with the Greater Israel project, which means that the Palestinian national movement has also failed to achieve its rump state, despite it being the minimum Palestinian aspiration. Such a state would be too small to be viable and Israel and America would insist that it has no standing army and yet puts Israel’s security interests above its own. With the settlement blocs being preserved and Israeli control over borders, airspace and territorial waters, the Palestinian mini-state would be deprived of important elements of sovereignty.

This all leads me to conclude that those who reject the two-state solution will also reject the one-state solution, given Israel’s insistence on defining itself as “the Jewish State” and its current military and economic strength. Its control over newly-discovered natural fields in the Eastern Mediterranean backs this up. Indeed, Israel believes that it has the right to take control over other land in the Middle East, not just historic Palestine.

The Israeli government’s ban on the northern branch of the Islamic Movement within Israel itself, and its passing of racist laws that abolish the individual and collective rights of Palestinian citizens of Israel, is evidence of this. This is happening even though the Palestinians within Israel are not only part of the state but also the indigenous community, unlike the majority of Jewish Israelis whose family roots and ties lie elsewhere.

As such, if both the one-state and two-state solutions are not possible, there is a third option, which will be very attractive to most Israelis. This would see Israel isolating the Palestinian communities in the West Bank and removing them altogether from Jerusalem; the Palestinians would live in fragmented and dismembered islands in a sea of Israeli settlements, and hemmed in by a strong military presence, separation walls and settler-only bypass roads. In effect, this would be the unspoken annexation of the bulk of the occupied Palestinian territories and any notion of a “state of Palestinian” would be consigned to history.