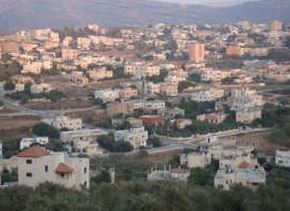 Medical sources have reported that one Palestinian was shot and injured by Israeli army fire, on Sunday evening, near Kafr Qassem military roadblock, close to the Zawiya village, west of the occupied West Bank city of Salfit. The soldiers also kidnapped one Palestinian, north of Hebron.The sources said the Palestinian, identified as Ahmad No’man ‘Awwad, 34, from Series town south of Jenin, was shot with two live rounds in the shoulder and arm, suffering a moderate injury, before he was moved to the Beilinson Hospital (Rabin Medical Center).

The Israeli army claimed that the soldiers shot ‘Awwad when he ‘attempted to cross into Israeli-controlled lands, behind the roadblock,’ but did not provide further information on the incident.

In related news, the soldiers kidnapped one Palestinian, after interrogating him in the Etzion military base, north of the southern West Bank city of Hebron.

The Palestinian, Ayesh Nasser Ekhlayyel, 20, from Beit Ummar town north of Hebron, was summoned for interrogation in Etzion, and was taken prisoner after he headed there.