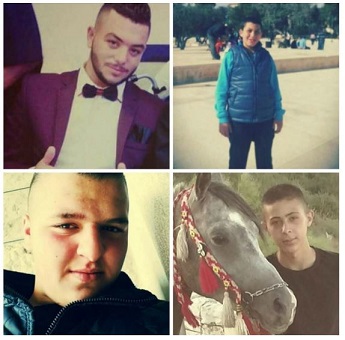 Israeli soldiers have kidnapped, on Tuesday at dawn, at least twelve Palestinians in different parts of the occupied West Bank, including Jerusalem. Among the kidnapped is a journalist from Jenin.The Hurriyat Center for Defence of Liberties and Human Rights has reported that the soldiers kidnapped one of its journalists, identified as Mojahed Sa’adi, from his home in Jenin, in the northern part of the occupied West Bank.

Another Palestinian, identified as Mohammad Ali Methqal, 24, from the Jenin refugee camp, was taken prisoner from his work in historic Palestine.

It is worth mentioning that the army has kidnapped more than 3500 Palestinians, including 1500 children, in different parts of occupied Palestine since October 1 2015.