Soldiers Kidnap A Father From His Car in Silwan, Leave Children Cry Alone In Vehicle 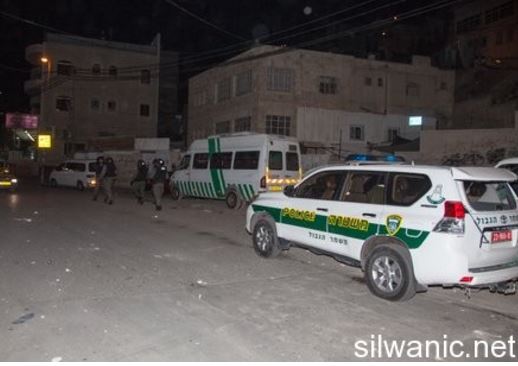 Israeli soldiers kidnapped, on Monday evening, a Palestinian man after stopping him while driving in Ein al-Louza neighborhood in Silwan town, in occupied Jerusalem, and took him away, leaving his children crying alone in the car.The Wadi Hilweh Information Center in Silwan (Silwanic) has reported that the soldiers invaded the neighborhood and installed a roadblock before stopping and searching dozens of cars, while inspecting the ID cards of the drivers and passengers.

One of the cars belongs to a young man, identified as Hani al-Haymouni; he was driving with his children when the soldiers stopped and kidnapped him, leaving the children alone in the backseat.

Eyewitnesses said the terrified children were crying and screaming while the soldiers kidnapped their father, and that some youngsters from the town picked them up, tried consoling them and called their mother, who arrived shortly afterwards.