Israel To Fence Thousands Of Dunams Near Nablus, To Build Six Military Towers 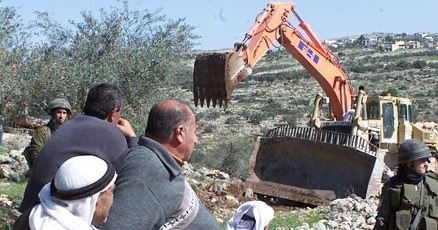 He added that the Israeli decision aims at confiscating thousands of Dunams of Palestinian lands, near the main road between Huwwara and Jeet Junction, south of Nablus, and to build six military towers, to “protect settlements’ roads.”

Daghlas further said that the Israeli decision would lead to depriving the Palestinians from even entering what is left of their lands, especially since those monitoring towers will turn the lands into ‘military zones.’

‘Building the six towers, in addition to the already existing tower, under the pretext of protecting the settlers, will lead to isolating and illegally confiscating thousands of Dunams of privately-owned Palestinian lands,’ he added.

In addition, Daghlas said that the soldiers already started digging in preparation from installing a fence on 10 kilometers between Awarta and Yamoun junctions, an issue that would lead to confiscating and isolating thousands of Dunams of Palestinian agricultural lands.

Israel has also informed the Palestinians of its intention to demolish eight agricultural structures, and homes, in Khirbit al-Marajeem area, between Douma and Talfit villages, south of Nablus.