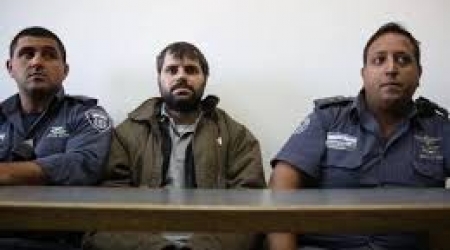 Israeli prosecutors, on Wednesday, called for life sentences with regard to two young Jewish extremists convicted, last year, of burning a Palestinian teen alive, part of an upsurge in violence ahead of the 2014 Gaza war.Prosecutors, according to World Bulletin/Al Ray, made the request at a sentencing hearing in a Jerusalem court for the two, who were minors at the time of the chilling attack in which they and a third man snatched Mohammed Abu Khdeir, 16, from an east Jerusalem street and subsequently killed him.

Israeli settler Yosef Haim Ben-David, 31, is said to have led the attack on Abu Khdeir but his lawyers say he suffers from a mental illness and was not responsible for his actions at the time.

Ben-David had reportedly undergone psychiatric treatment in the past, in connection with another incident in which he attempted to strangle his own infant daughter.

When appearing for the arraignment, was reported to say at the entrance hall: ‘I am the messiah.’

The court has found that he committed the crime, but is yet to rule if he is mentally competent.

The two others were 16 when they were charged in 2014 but are now adults.