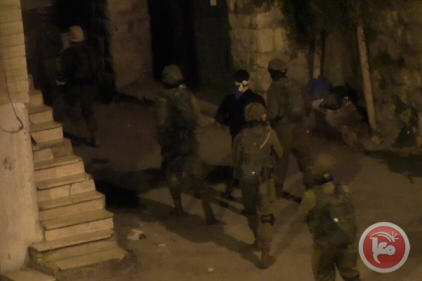 Israeli forces abducted at least 18 Palestinians from across the occupied West Bank, during predawn raids, on Thursday.Locals said that 10 were taken from the Hebron district, including five Palestinians from the village of Sair.

An Israeli army spokesperson confirmed six arrests made in the Hebron district, all of whom they said were suspected Hamas operatives.

Israeli forces also detained four suspected Hamas operatives in the Jenin district and one south of Nablus, the spokesperson said, adding that seven others were detained from the Ramallah, Qalqilya, and Bethlehem areas for ‘suspected illegal activity’.

Israel was holding at least 6,800 Palestinians in Israeli jails as of last month, according to prisoners’ rights group Addameer.