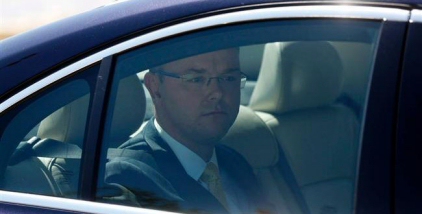 The Israeli government has summoned Swedish ambassador Carl Magnus Nesser over Swedish Foreign Minister Margot Wallström’s call for a probe into Israeli “extrajudicial executions” of Palestinians.According to Israeli news outlet Ynet News, on Wednesday this week, Mr. Nesser was urgently summoned to the offices of the Israeli Ministry of Foreign Affairs, and was rebuked by Deputy Director-General for European affairs Aviv Shir-On.

Shir-On expressed the Israeli government’s anger at what he called Wallström’s ‘twisted presentation of reality’, and her ‘biased, even hostile treatment of Israel.’

He added that, due to these comments, by the Swedish minister, Sweden should expect to be excluded from any role that pertains to Israeli-Palestinian relations.

According to the PNN, the real meaning of this statement was that the Israeli government will no longer allow Sweden to promote any projects in the occupied Palestinian territories.

On Tuesday Margot Wallström required examination of whether the Israeli killings of Palestinians, that have taken place in the recent months of unrest between Israelis and Palestinians, were extra-judicial and without trial.

“It is important to have thorough credible investigations into these deaths, in order to clarify and establish responsibility,” said Margot Wallström during a parliamentary debate, according to Swedish news agency TT.

“The only thing the foreign minister of Sweden hasn’t done is physically join the Palestinian terrorists and stab Jews.”

Also condemning the Swedish Minister’s allegations, Israeli Deputy Foreign Minister Tzipi Hotovely, on Wednesday, referred to Wallström’s remarks as “a mix of blindness and political stupidity,” calling for a halt to official Swedish visits to Israel.

This is the second time in less than two months that the Swedish ambassador has been summoned to the Israeli Foreign Ministry for rebuke.

The last time was in mid-November 2015, when Minister Wallström made statements that connected the ISIS attack in Paris to the frustration of the Palestinian people.

Relations between Sweden and Israel have worsened after Sweden in 2014 – shortly after Wallström came into office – recognized Palestine as an independent state, and blasted continuous Israeli aggression against Palestinians.

Confrontations between the Palestinian youth and the Israeli occupation forces have been running high all across the occupied West Bank since Israel’s imposition of restrictions on the entry of Palestinian worshipers into the al-Aqsa Mosque compound in occupied East Jerusalem last year.

Al-Aqsa Mosque is the third holiest site in Islam.

The restrictions have enraged Palestinians, who are also angry at increasing violence by Israeli illegal settlers frequently storming the al-Aqsa Mosque.

More than 155 Palestinians, including 28 children and 7 women, were killed by Israeli forces or by illegal settlers since the beginning of October 2015.