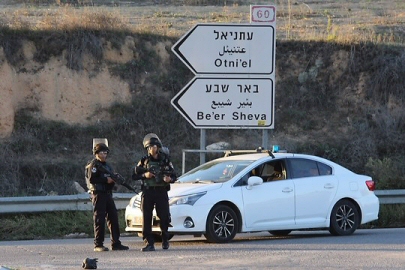 An Israeli woman was stabbed and killed, in the southern occupied West Bank district of Hebron, on Sunday, an Israeli army spokesperson said. According to the spokesperson, the suspect broke into the home of a woman in the illegal Israeli settlement of Otniel, south of Hebron city, and stabbed her before fleeing the scene.

Before the woman succumbed to her wounds, a spokesperson from Magen David Adom, Israel’s emergency medical service, said an Israeli woman was being treated in ‘severe condition.’

Israeli forces told residents of Otniel to remain in their homes, as large numbers of soldiers and police officers begin to search for the suspect, Hebrew media reported, according to Ma’an.

The victim of the attack has yet to be identified.

Hours before the incident, Israeli border guard officers, stationed at a checkpoint at the western entrance to the illegal Kiryat Arbaa settlement in Hebron, detained a teenage Palestinian woman after they reportedly found a knife in her bag.

Earlier on Sunday, a Palestinian was shot and killed following an alleged attempted stabbing attack in the northern occupied West Bank district of Nablus.