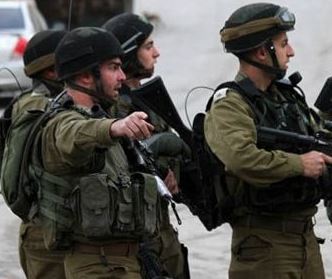 According to the Israeli army, the soldiers stopped and searched the Palestinian, and ‘located a knife hidden in under his pant leg.’ He was moved to the Etzion military and security base for interrogation.

Rateb Jabour of the Popular Committee against the Wall and Settlements in Hebron, said the soldiers invaded Susiya village, and removed two tents belonging to Nasser Shreiteh and his family.

Earlier on Wednesday, the Palestinian Prisoner Society (PPS) has reported that the soldiers kidnapped 31 Palestinians, including children, in different parts of the occupied West Bank, including in Jerusalem.