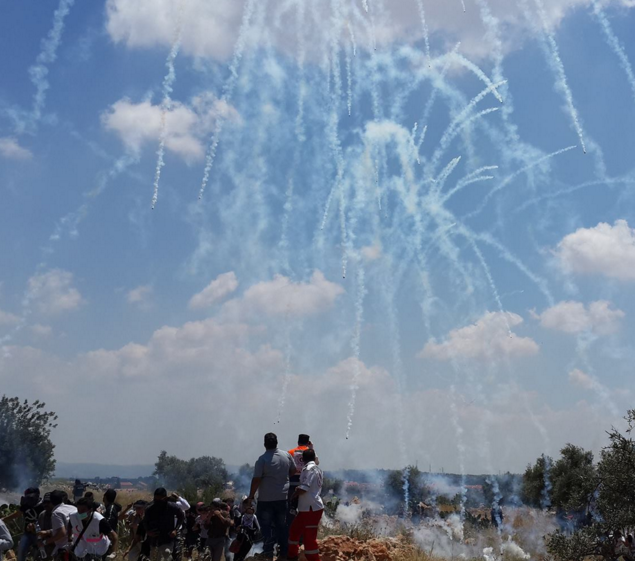 At least eleven Palestinians were injured, Friday, in the village of Ni’lin, northwest of the central West Bank city of Ramallah, after Israeli soldiers assaulted the weekly nonviolent protest.Medical sources said two of the wounded were shot with rubber-coated metal bullets, and nine others suffered severe effects of tear gas inhalation.

The protest started from the center of the village, while many persons carried Palestinian and Swedish flags, to express gratitude to the Swedish stances in support of the legitimate Palestinian rights of independence and freedom.

Some protesters also carried pictures of imprisoned journalist Mohammad Al-Qeeq, who is held by Israel and continues his hunger strike since November 24, 2015.

It is worth mentioning that, ten days ago, the Israeli Authorities force-fed Mohammad al-Qeeq, via intravenous infusion.