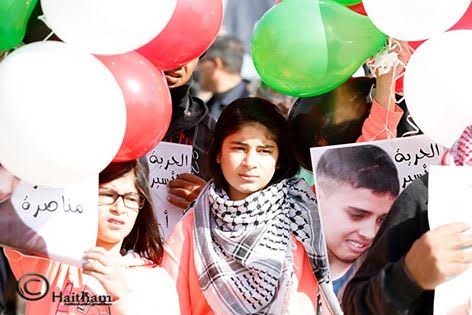 The Popular Committee in Bil’in, in the central West Bank city of Ramallah, has reported that one child was shot with a rubber-coated steel bullet in the head, and dozens of persons suffered the effects of tear gas inhalation, after Israeli soldiers assaulted the weekly nonviolent protest.The Committee said the child, Bashar Mustafa Khatib, suffered a head injury after the soldiers violently assaulted the weekly protest against the Annexation Wall and colonies, and fired rubber-coated steel bullets, sponge-tipped bullets and gas bombs.

It added that dozens of protesters suffered the effects of tear gas inhalation as the soldiers fired many gas bombs at the protesters and surrounding homes, in the western parts of the village.

Coordinator of the Popular Committee, Abdullah Abu Rahma, said the Palestinians are demanding an end to the ongoing executions and violations carried out by Israeli soldiers and paramilitary settlers, in different parts of occupied Palestine.

Abu Rahma also thanked Sweden and its people for their support of the legitimate Palestinian rights, and called on the Swedish government to investigate Israeli leaders and officials, to hold them accountable for their crimes against the Palestinian people.

The protesters marched from the center of the village, carrying Palestinian and Swedish flags, while children launched balloons colored with the Palestinian flags, in addition to pictures of child detainee Ahmad Manasra, demanding his release, as he marks his 14th birthday today, behind bars.

Israeli, Palestinian and international peace activists marched chanting for liberation and independence, and calling for the release of all detainees, an end to Israel’s illegal annexation of Palestinian lands, and ongoing violations.

Bil’in has been a leading village in the popular nonviolent struggle against the occupation, colonies and the Annexation Wall, for nearly eleven years, and has been subject to ongoing Israeli military violations and escalation.

Many of its residents have been killed, and hundreds of local, and Israeli and international peace activists, have been injured, detained and imprisoned. 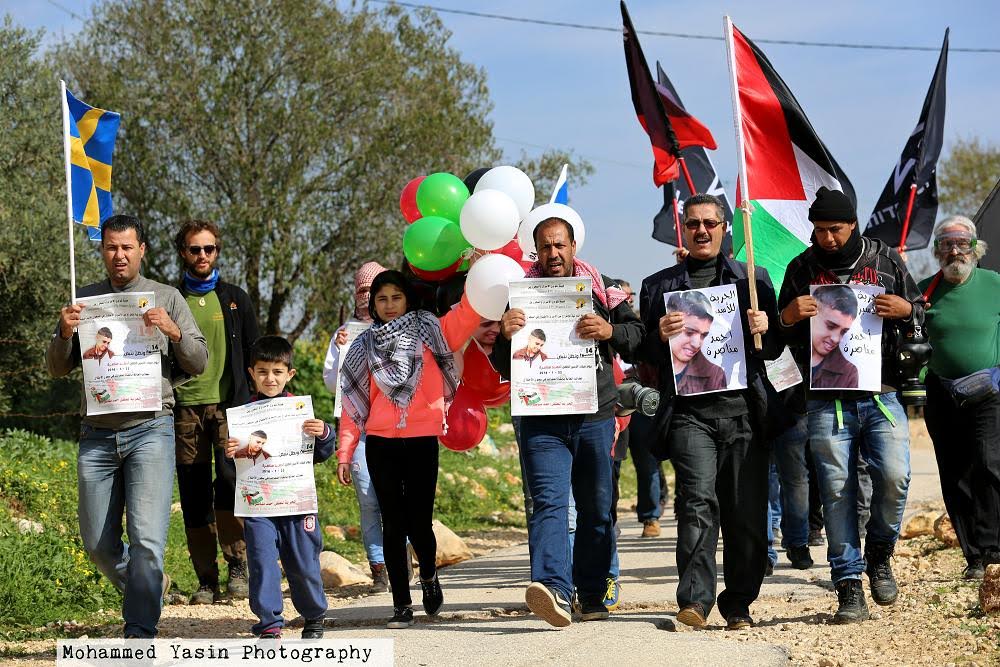 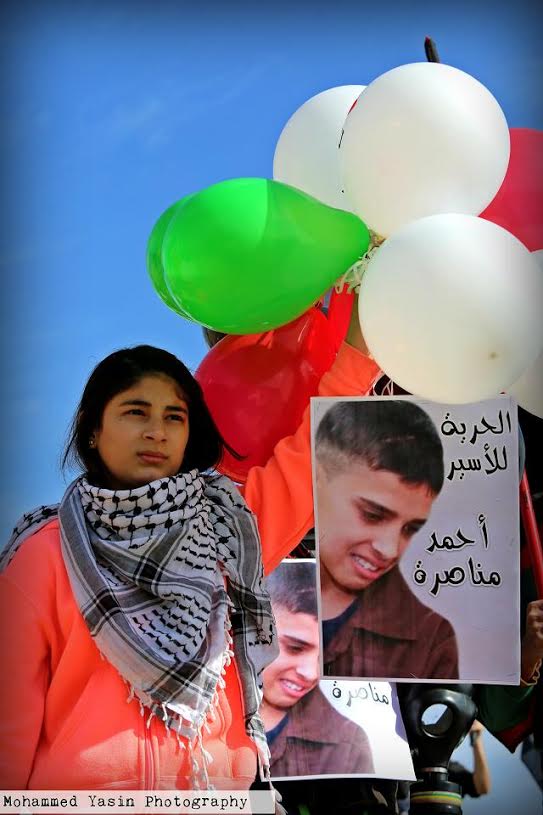 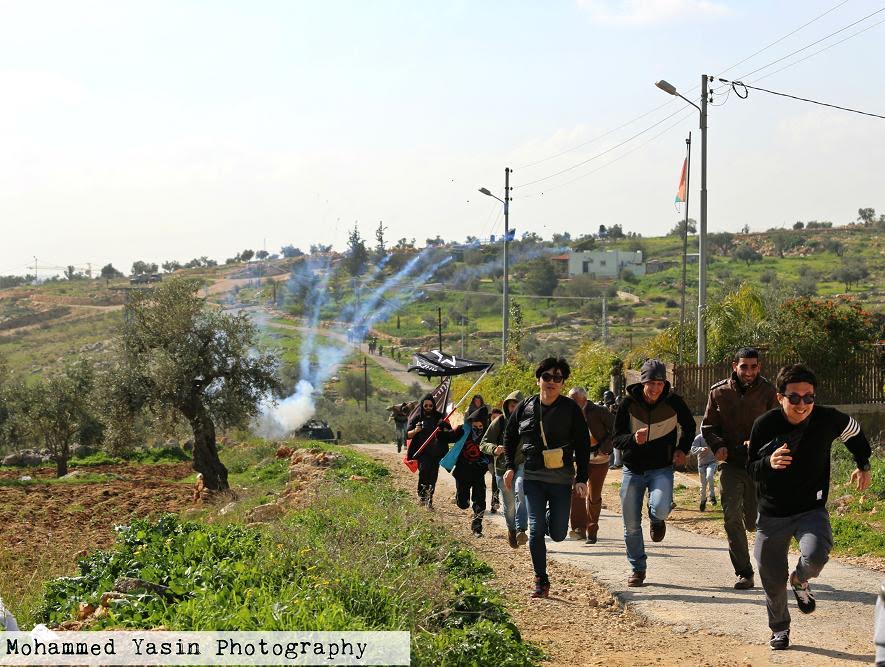 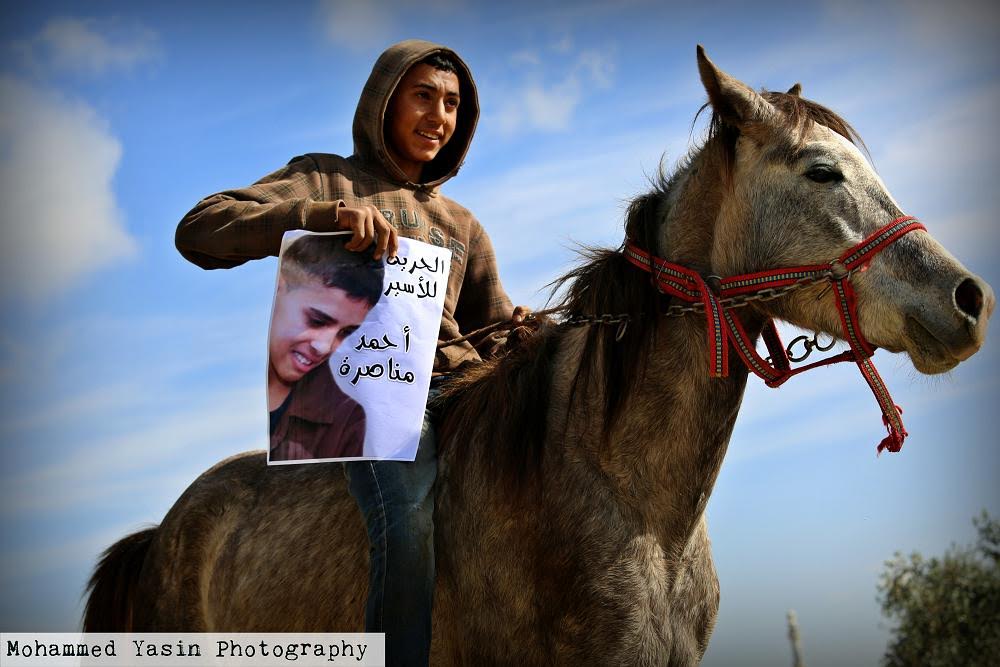 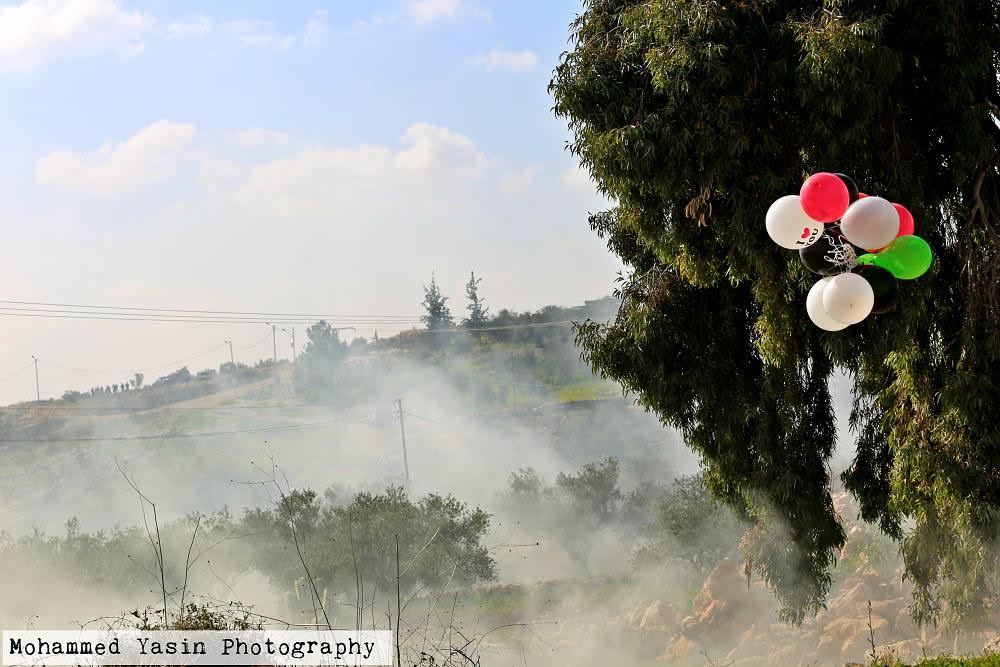