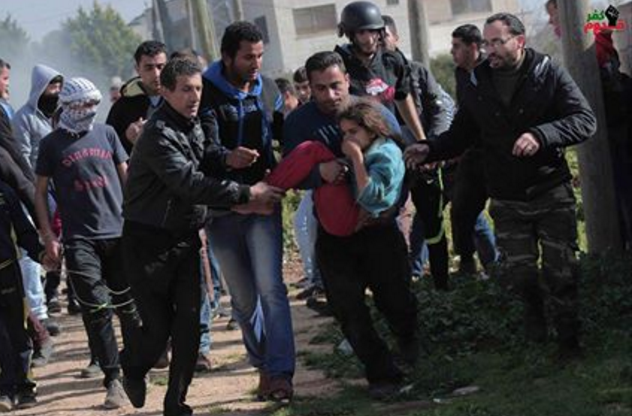 Medical sources have reported, Friday, that three Palestinians, including a child, were injured after Israeli soldiers invaded Kufur Qaddoum village, near the central West Bank city of Qalqilia, and attacked the weekly protest.Media spokesperson of the Popular Committee in Qalqilia Morad Eshteiwy said the soldiers surrounded the village and attacked the nonviolent protesters, wounding a child, identified as Ayat Zahi, nine years of age, with a live round in her hand, as she was standing in her family’s balcony.

He added that the child was moved to the Rafidia Hospital, in the northern West Bank city of Nablus, suffering a moderate injury.

The soldiers also shot and injured two Palestinians with live rounds, after the army ambushed the protesters in Palestinian olive orchards.

Medical sources said Hamza Khaldoun, 21, and Abdullah Anwar, 40, were both shot in their legs, and were moved to Rafidia Hospital.

Eshteiwy also stated that many soldiers hid in an abandoned farm, since morning hours, and assaulted a Palestinian shepherd, identified as Zahi Ali, 48 years of age, as he was searching for some of his sheep. He suffered various cuts and bruises, and received the needed treatment in the town.

Last night, the dozens of soldiers invaded Palestinian olive orchards, and hid there until Friday in an attempt to ambush the protesters, as they take their usual protest route, but the locals uncovered the army’s hideout, and rerouted their procession.

The soldiers fired live rounds, rubber-coated steel bullets, and gas bombs, at the protesters, an issue that led to clashes between the army and dozens of locals, who hurled stones and empty bottles on them.

The protesters marched demanding the army to reopen the main road of the village, which has been blockaded for more than 13 years, and demanding the release of all political prisoners.

In addition, the Popular Committee in Bil’in, near of Ramallah, has reported that one child was shot with a rubber-coated steel bullet in the head, and dozens of persons suffered the effects of tear gas inhalation, after Israeli soldiers assaulted the weekly nonviolent protest. 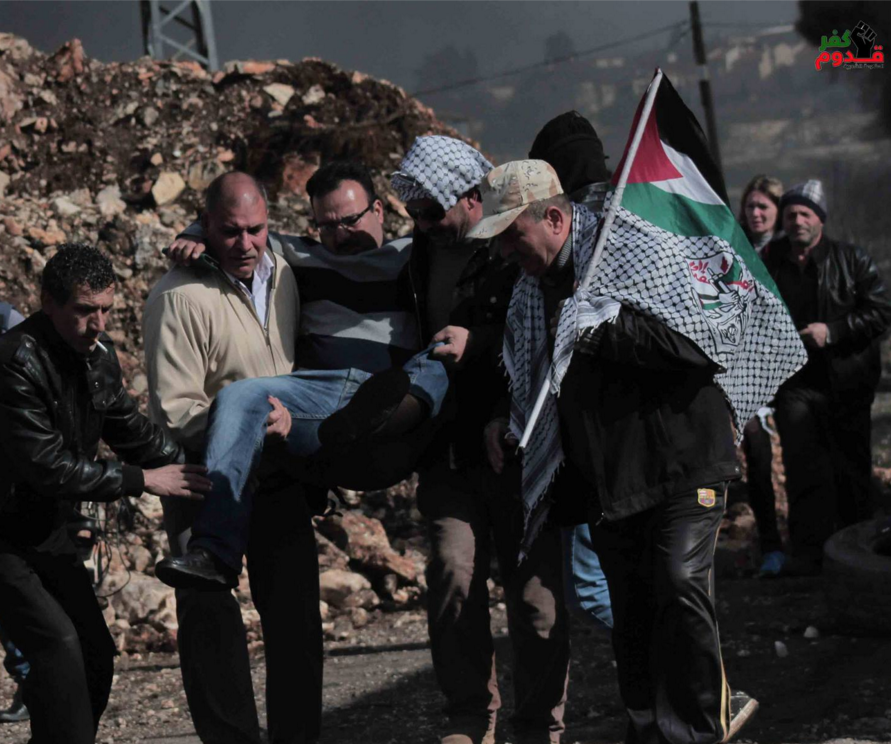 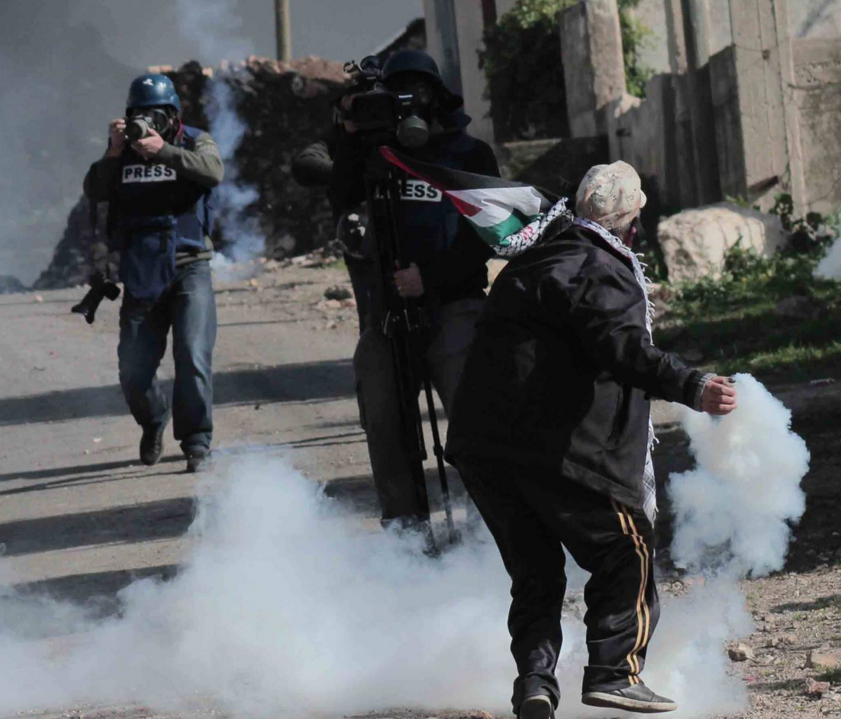