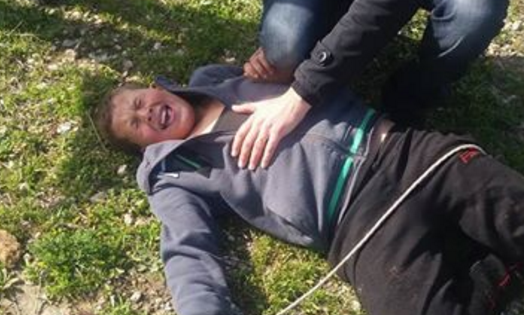 Several Palestinians have been injured, Friday, after Israeli soldiers invaded Nabi Saleh village, northwest of Ramallah, and attacked the weekly nonviolent protest. The army also closed the village, and prevented the Palestinians from entering or leaving it.The soldiers attacked the Palestinians, holding the weekly nonviolent protest against the Annexation Wall and colonies, and fired several gas bombs and rubber-coated steel bullets on them, causing many injuries.

In addition, the soldiers invaded the al-Jalazoun refugee camp, north of Ramallah, and clashed with dozens of local youths, who hurled stones and empty bottles on them. The army fired gas bombs, rubber-coated steel bullets, and concussion grenades.

In related news, three Palestinians, including a child, were injured after Israeli soldiers invaded Kafr Qaddoum village, near the central West Bank city of Qalqilia, and attacked the weekly protest.

In addition, the Popular Committee in Bil’in, near of Ramallah, has reported that one child was shot with a rubber-coated steel bullet in the head, and dozens of persons suffered the effects of tear gas inhalation, after Israeli soldiers assaulted the weekly nonviolent protest.