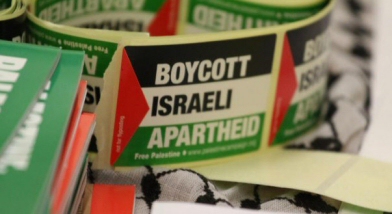 In just three days, an online letter endorsing the academic boycott of Israeli institutions, circulated by Brazilian intellectuals, received 200 signatories from faculty across Brazilian universities.According to the Palestinian Campaign for the Academic & Cultural Boycott of Israel (PACBI), the letter was signed by well-known academics, including Paulo Sergio Pinheiro, a popular Brazilian diplomat who served on the country’s Truth Commission on human rights abuses that took place during the era of Brazil’s military dictatorship and was the U.N.’s Special Rapporteur on human rights in Myanmar as well as B. Boris Vargaftig, physician, pharmacologist, and one of the most internationally quoted Brazilian academics.

According to the PNN, this campaign came right after extremely popular Brazilian congressman Jean Wyllys accepted to participate in a conference at the Hebrew University of Jerusalem, which has deep ties to human rights abuses against Palestinians.

Most of the University campus is built in the occupied East Jerusalem and, for that reason, was recently the subject of a new and influential boycott.

A letter signed by 351 international academics explains that “while all Israeli universities are deeply complicit in the occupation, settler-colonialism, and apartheid, the Hebrew University of Jerusalem is particularly noteworthy.”

It goes on to highlight how “the university is complicit in the unequal treatment of Palestinians, including those who are citizens of Israel”; “restricts the freedom of speech and protest of its few Palestinian students”; and is affiliated with Ariel University in the occupied West Bank, while refusing to recognize academic credentials from the Palestinian Al Quds University.

According to The Intercept, numerous critics expressed shock and outrage that a standard-bearer of Brazil’s progressive movement would so completely break with his party’s official position in support of the BDS movement.

But Wyllys further inflamed the outrage over the next several days with a series of self-defenses, and speaking about building bridges, dialogues and expressing his position against the academic boycott of Israel.

In a video message posted on Facebook, Paulo Sérgio Pinheiro (one among the 200 signatories of the academic boycott), harshly criticized the congressman.

“Lamentable and deplorable, congressman Jean Wyllys’ comments about his visit to Israel reveal a crass ignorance of and total misinformation about Israel’s current human rights policies,” he said.

One example of his lack of knowledge appeared when he characterized the apartheid wall as being “constructed by Israel to impede terrorist attacks”.

Wyllys’ controversial visit to the Hebrew University and his defense of Israeli policies came at a particularly tense moment in bilateral relations between the two governments.

Brazil’s nominally leftist Worker’s Party (PT) government, led by embattled President Dilma Rousseff, has refused to accept the appointment of Dani Dayan as Israel’s ambassador to Brazil on the grounds that he is a proponent of Israel’s illegal settlements in the occupied West Bank.

Under both Rousseff and her predecessor, PT’s Lula da Silva, their party has been vocally supportive of Palestinians.

PSOL positions itself as the left-wing alternative to the more moderately left PT, making Wyllys’ statements particularly surprising and shocking.