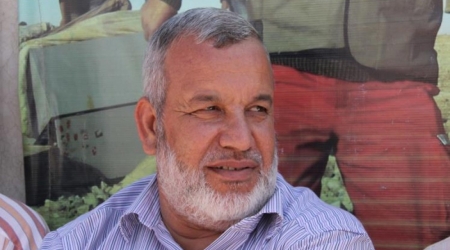 The army abducted, on Sunday at daw,n six Palestinians from Hebron; a Member of Parliament and ex- minister were counted among them.Media sources reported, according to Al Ray, that forces took into custody Hatem Qefeshah, Hamas member of Palestinian parliament, and Iesa’ al-Ja’baree, ex-minister of Local Government, after raiding their homes in Hebron.

Local sources reported that soldiers stormed the Namerah neighborhood at about 1am, and thoroughly searched the house of al-Ja’baree, after raiding it. Israeli forces also raided the house of Qefeshah at approximately 2am; both of them were taken to an undisclosed location.

The two were just released from Israeli prisons last April.

Qefeshah served 12 years, while al-Ja’baree served nine — seven of them under administrative detention.

Israeli authorities also announced that they had arrested four of Hamas activists from different neighborhoods in Hebron.