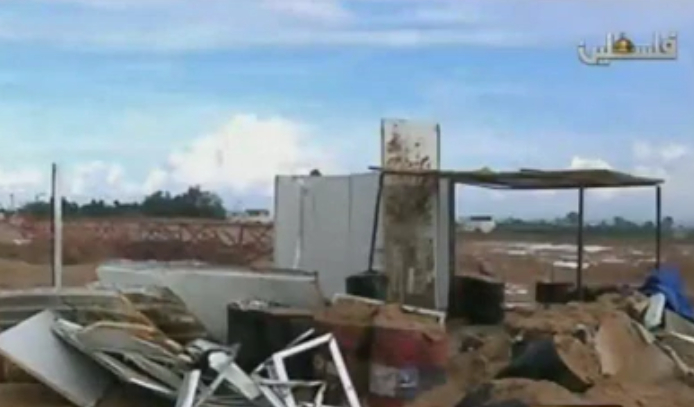 Israeli war jets fired, on Monday at dawn, several missiles targeting two areas in the Gaza strip, causing damage. The army said a rocket was fired from Gaza, on Sunday evening, and landed in an open area in the Negev.Palestinian sources in Gaza said the Israeli bombardment caused property damage, but did not lead to any casualties.

They added that the Air Force fired a missile into an open land, in the location of a former settlement, southwest of Khan Younis, in the southern part of the Gaza Strip.

In addition, the Air Force also fired a missile into an area, south of Deir al-Balah, in central Gaza, causing excessive property damage, and anxiety attacks among the residents.

Israeli sources said a shell was fired from Gaza, on Sunday evening, and landed in an open area in the Sha’ar HaNegev Regional Council of Settlements, causing no damage or injuries.