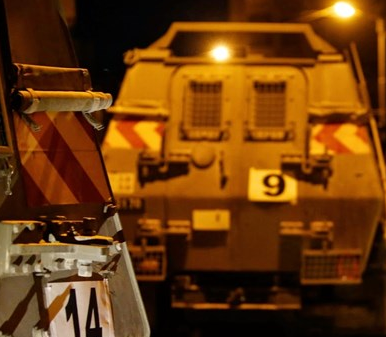 The invasion led to clashes between the soldiers and local youths, who hurled stones and empty bottles on them, while the army fired live rounds, rubber-coated steel bullets and concussion grenades.

In addition, the soldiers invaded Balata refugee camp, in northern West Bank city of Nablus, searched many homes and kidnapped a Palestinian identified as ‘Ala Hafeth ‘Oweiss.

Another Palestinian, identified as Fadi Nidal Abu Saud, from Nablus, was kidnapped on the al-Karama Border Terminal, while heading back home from Jordan.