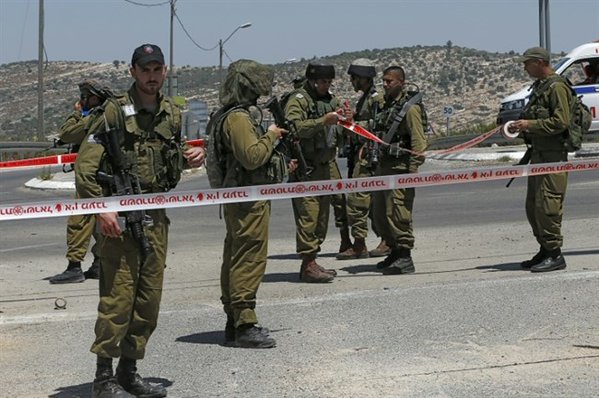 The following is a list of names of all Palestinians shot and killed by Israeli fire in the occupied West Bank, including Jerusalem, and the Gaza Strip, including one in the Negev, in the period between October 1st, 2015 and January 25th, 2016, as confirmed by the Palestinian Health Ministry.
1. Mohannad Halabi, 19, al-Biereh ŌĆō Ramallah. Shot after allegedly grabbing gun and killing two Israelis. 10/3

47. Homam Adnan SaŌĆÖid, 23, Tal Romeida, Hebron. Shot by Israeli soldiers claiming ‘he had a knife’, but eyewitnesses report seeing soldiers throwing a knife next to his dead body. 10/27

87. Ayman Samih al-‘Abbasi, 17, from Silwan village, killed when he was participating in a demonstration organized in Ras al-‘Amoud neighbourhood. 11/29

94. Abdul Rahman Wajih Ibrahim Abdul Majid, 27. Killed at entrance to Aboud village when he pushed back against a soldier who had slapped him in the face. He was shot multiple times by three soldiers. 12/3

98. Malek Shahin, 18, Deheishe camp in Bethlehem. Shot in the head with exploding bullet during demonstration against invading Israeli forces.

101. ‘Oday Irshaid, 24, from al-Salam Street in Hebron. Hit by two bullets from to his chest and neck while participating in a protest (his younger sister Dania was killed on 10/25). 12/11

107. NashŌĆÖat ŌĆśAsfour, 33 – shot by an exploding bullet during Israeli military invasion of his village, Sinjel. 12/18

117. Mohammad SabaŌĆÖana, 23. Shot to death on the main road to Nablus, near Huwwara checkpoint. Israeli troops claimed he ‘had a knife’. 12/27

118. Nour al-Deen SabaŌĆÖana, 17, Shot to death on the main road to Nablus, near Huwwara checkpoint in same incident. From Qabatya village, southeast of Jenin. 12/27

126. Ali Abu Mariam (Ali Mohammad Hajj Mohammad), 26 from al-Jadeeda village near Jenin, a third year student at al-Quds Open University, killed at al-Hamrah checkpoint, southeast of Tubas, when Israeli soldiers were searching cars and made a claim of an ‘attempt to stab’ them, but provided no evidence of that claim. 1/9

133. Wisam Marwan Qasrawi, 21, from Masliya village, southeast of Jenin. Qasarwah stepped out of a taxi after crossing a checkpoint, allegedly threw a knife at the Israeli soldiers from a far distance, but it did not hit anybody. As a result, Israeli soldiers stationed in the watchtower established at the checkpoint shot him dead with 10 bullets. 1/16

136. Mohammad Nabil Halabiyya, 16. Killed near Abu Dis when an explosive he was carrying detonated prematurely. 1/24

147. Rahaf Yahya Hassan, two years old. Killed along with her mother in an Israeli airstrike. 10/11

159. Yousef Abu Sbeikha al-Boheiri, 48 – al-Boreij Camp – died after Israeli forces shot him two days before, while he was working on his farmland. 12/28

162. Mohammad Majdi Qaita, 26, killed in Khan Younis during protest in which Palestinians tried to dismantle part of the Israeli Wall. 1/15

Also, during the police intervention in the 12/23 stabbing near Damascus Gate, Ofer Ben-Ari, 46, was accidentally shot and killed by Israeli police.

Dozens of Palestinian Prisoners Set to Go on Hunger Strike