Army Demolishes An Under Construction Home In Jerusalem 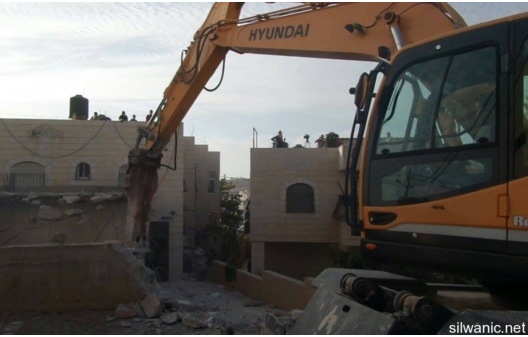 The Wadi Hilweh Information Center in Silwan (Silwanic) has reported that Israeli soldiers have demolished, on Wednesday morning, an under construction Palestinian home, in Jabal al-Mokabber town, in occupied Jerusalem.Silwanic said the demolished property belongs to a Palestinian, identified as Ibrahim Ali Mousa Sorri, in the Sal’a neighborhood.

Sorri said he was conducting the final works on the new property, and was getting ready to move in, with his wife and their six children, in the coming few weeks.

He added that, nearly six months ago, the army and employees of the City Council handed him an order to stop the construction, and since then, he has been trying to get all needed documents, and file appeals, but the city went ahead and demolished the property.

The new building was 60 square/meter, with an estimate construction cost of 130.000 Shekels, in addition to 80.000 for its wall and garden.