PA to Allocate 1 Million Liters of Heating Fuel to Gaza 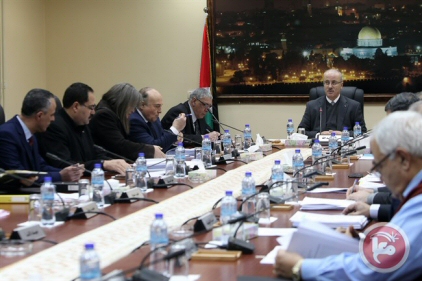 Palestinian Authority cabinet ministers announced, after their weekly meeting on Tuesday, that the government will send one million liters of fuel to the Gaza Strip, in light of the recent wave of freezing weather currently sweeping the territory.The fuel is intended to supply the Gaza power station, which has suffered from chronic shortages due to the crippling Israeli blockade of the Palestinian enclave. The power station has not run at full capacity in years.

With the temperature in the Strip expected to be near 0 degrees Celsius (32 degrees Fahrenheit), for the next several days, Gazans will rely on space heaters for warmth, putting a strain on the enclave’s electrical grid.

The Gaza Strip also suffers from shortage of gas — used daily by Palestinians in the strip for both cooking and heating — as the quantities allowed to be shipped in are not sufficient to resident’s needs.
Israel’s 50-day offensive on Gaza, in 2014, has also taken its toll on the local infrastructure, as Gaza’s power plant was targeted and put out of commission.

‘The social, health and security-related ramifications of the high population density and overcrowding are among the factors that may render Gaza unlivable by 2020,’ the UN Conference on Trade and Development (UNCTAD) wrote, in its annual report.